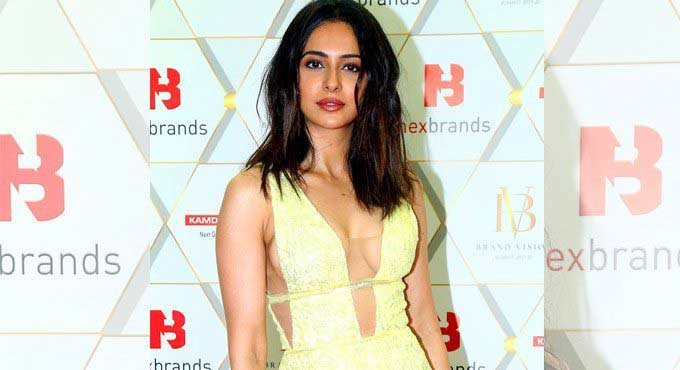 Back in the day, Sridevi held the title of being the first-ever multi-lingual female superstar. Similarly, Rakul, with her beautiful expressive eyes and on-screen presence is adept at playing varied and diverse roles.

After ruling regional cinema with massive blockbusters such as ‘NTR: Kathanayakudu’, ‘Dev’, ‘NGK’, ‘Manmadhudu 2’ and many more, Rakul Preet forayed into Hindi cinema with ‘Yaariyan’. After making her mark in Tamil, Telugu and Kannada cinema, she quickly followed her Bollywood debut with back-to-back releases, such as ‘Aiyaary’, ‘De De Pyaar De’, ‘Sardar Ka Grandson’, ‘Attack’, and now ‘Runway 34’, which is at present a fan favorite because of her versatile and strong performance.

Despite sharing the screen space with Ajay Devgn and Amitabh Bachchan in ‘Runway 34’, Rakul made her own space with a layered and nuanced performance. She took her craft to an entirely new level, especially during the courtroom scenes in the film, against a veteran actor like Amitabh Bachchan, which is a mammoth task for any actor who is worth her salt.

Very few actors are able to express the right emotions using their eyes and Rakul has done it beautifully in the film.

A popular choice among filmmakers, across various genres and languages, Rakul Preet is a rare actress who has lined up seven new releases in three languages.

All this proves one point. Rakul is talented, popular and enjoys a massive fan following across every language audience, making her the next big pan-India female superstar.