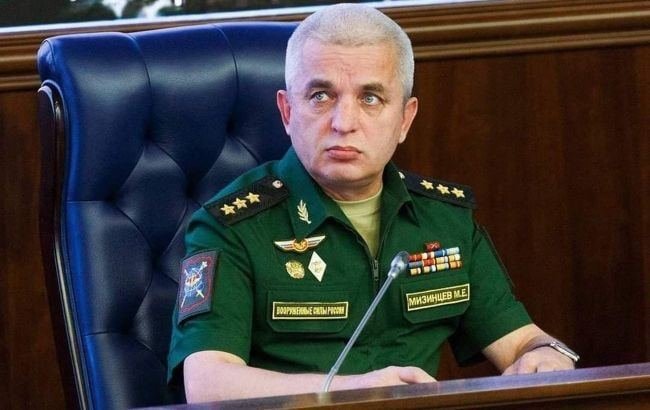 LONDON (IANS) – The Russian general dubbed as the ‘Butcher of Mariupol’ has been heard berating a junior officer for not cutting off the ears of a private who had been caught not wearing his uniform properly, according to a chilling intercepted phone call, Daily Mail reported.

Colonel-General Mikhail Mizintsev, who is overseeing the siege of the Ukrainian city of Mariupol, appeared to call for the private to have his “face messed up” and called for others to beat him with a bottle after he wore the wrong uniform.

Olexander Scherba, Ukraine’s ex-Austrian Ambassador, this week branded Mizintsev as the ‘Butcher of Mariupol’, while Oleksandra Matviichuk, head of Ukraine’s Centre for Civil Liberties, called on him to face war crime charges.

And it would not be the first time he has given such grim commands. In his role as defense chief, Mizintsev was also likely to have helped devise Russia’s military strategy in Syria — including the bloody siege of Aleppo, which has chilling parallels with the horror being inflicted in Mariupol, Daily Mail reported.

In the audio clip, Mizintsev berated the junior officer for not disciplining the soldier and asked why the private was not “limping by now”, the report said.

“Look at that scum standing there, frowning with his bovine eyes, showing me his unhappy face, his stinking mug,” Mizintsev can he heard saying in the audio shared by Scherba, Daily Mail reported.

“Why is he still serving? And why should I have to waste my time with your scum? If you’re the head of a unit, then step up to the plate.

“Why is his face not mutilated yet? Why hasn’t anyone cut off his ears? Why isn’t this moron limping yet,” Mizintsev can be heard saying.

The release of the audio clip comes as Mizintsev was identified as the commander overseeing the operation in Mariupol, which has deprived the city of food, water and power for a month during merciless bombardments that killed thousands of civilians, the report said.

Mizintsev, who has served as the Director of the Russian National Centre for Defence since 2014, was identified as being in charge of the siege earlier this week when he personally issued a demand for Ukrainian troops defending the port to surrender – which they rejected.