HomeEntertainmentSalman Khan on His Birthday: I Just Love It When the Country Calls Me ‘Bhai’ 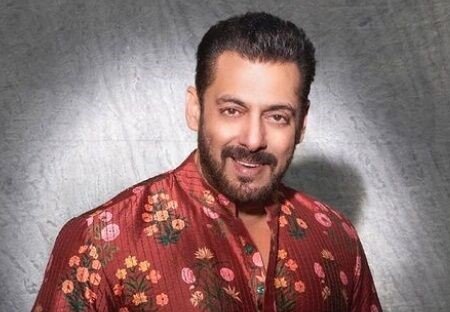 NEW DELHI – As he celebrated his 56th birthday on Dec. 27 and was showered with love from the entire country which he calls his family, Bollywood’s dapper dude Salman Khan feels very loved and appreciated when his fans call him ‘bhai’ or ‘bhaijaan’.

Salman made his debut in Hindi cinema in 1989 with ‘Biwi Ho To Aisi’ and is one of the biggest stars in India. He has starred in hits one after the another such as ‘Maine Pyar Kiya’, ‘Hum Aapke Hain Koun…?’, ‘Hum Dil De Chuke Sanam’, ‘Tere Naam’, ‘Mujhse Shaadi Karogi’, ‘Wanted’, ‘Dabangg’, ‘Bajrangi Bhaijaan’ and ‘Sultan’.

The superstar, who according to the Forbes 2018 list of Top-Paid 100 Celebrity Entertainers in world, was the highest-ranked Indian, enjoys a massive fandom. He currently has 48.1 million Instagram followers and on Twitter he has over 43.4 million.

Talking to IANS about the bundles of love coming his way, Salman said: “I feel very grateful and I feel very loved and I really appreciate all the love and respect from all the fans from the whole country.”

The actor, who has been feted with two National Film Awards as a film producer, feels over the moon when his fans call him ‘bhai’ (brother).

As a global star does he have any fears?

Pat came the reply from Salman: “I don’t have any fears, I have responsibilities.”

He feels responsibilities of doing his best on screen for the people who love him.

“I need to deliver each and every time to the best of my abilities. When people come out of the theaters they should follow the character and the best parts of the character and implement that in their real lives. That is what I do,” said the star.

Cinema has the power to influence, and Salman wants to set a good example.

“When I used to go out to watch a movie, I used to get very influenced by the heroes of my time and do the right thing. So, this has been my endeavor to keep on doing this all the time and not play negative and say the right things and doing the right thing on screen and in real life as well,” he said.

Looking forward, his fans have many reasons to celebrate as their ‘bhaijaan’ has a long list of films lined up.

Salman will be seen in ‘Tiger 3’, ‘Kabhi Eid Kabhi Diwali’, ‘Bajrangi Bhaijaan 2’ and the second instalment of ‘No Entry’.