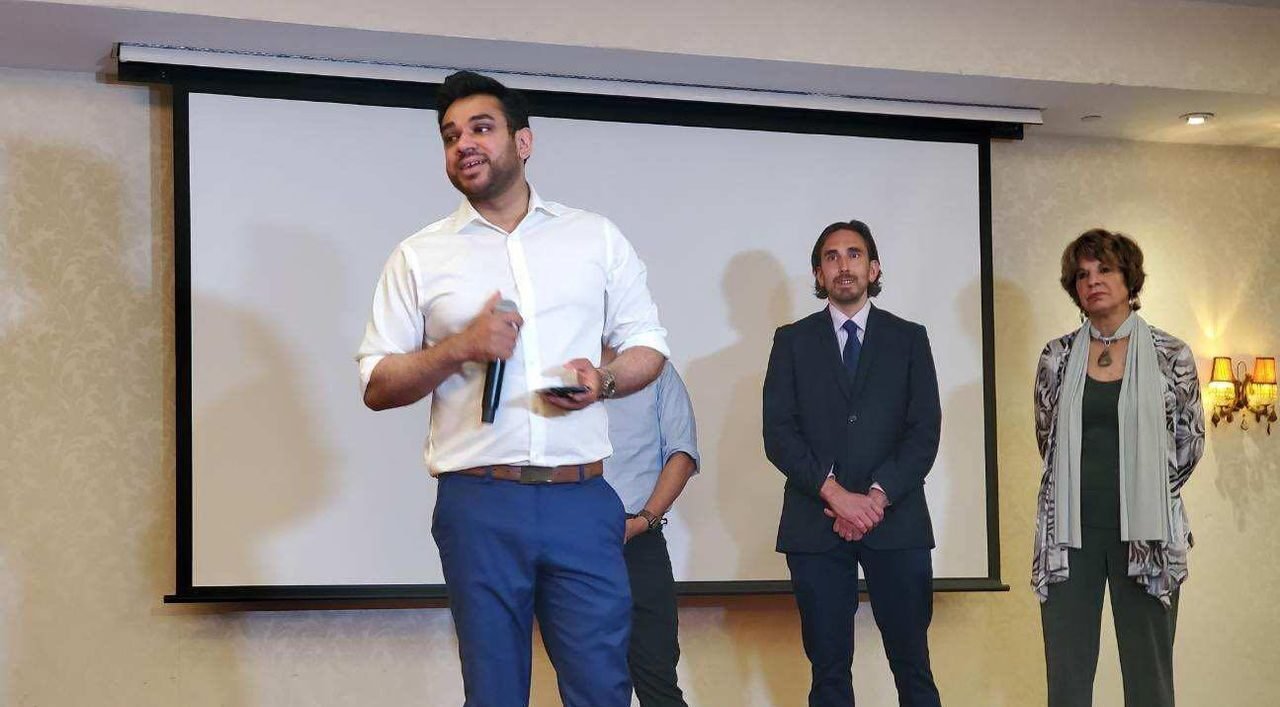 Indian American candidate Sam Joshi was victorious in the Democratic primary June 8 in his bid to become mayor of Edison, New Jersey.

Of all the June 8 primary elections – many taking place in New Jersey and Virginia – the Edison mayoral race was arguably the most hotly contested, with Joshi and Indian American Mahesh Bhagia among the three Democratic candidates running, along with Arthur Esposito.

“The people of Edison have spoken and now it’s time for our Democratic Party and our community to come together and move forward into a new era of progress, and I could not be more excited to hopefully have the opportunity to lead Edison into that new day,” Joshi said in a Facebook post. “I want to thank my campaign team, the many Democratic leaders who embraced my candidacy and especially the people of Edison who saw clearly that we need a new direction for our community.

“I look forward to the general election and hopefully to beginning a new administration in January that will deliver the bold, transformative leadership that Edison deserves,” the mayoral candidate added.

In an Instagram post, Joshi, showing a screen shot of his overwhelming win, simply said, “Thank you, Edison. On to the November general election.”

Joshi, according to his campaign website, was running for mayor to “bring our community together.”

Joshi will take on Republican W. Keith Hahn in the general election.

A lifelong resident and a first generation American whose parents came to the U.S. from India to build a better life, Joshi, as the vice president of the town council, has consistently voted against tax increases, it said.

Joshi was born and raised in Edison and currently serves as the Council vice president in Edison Township, the fifth largest municipality in New Jersey. Joshi was elected at-large, representing all of Edison Township.

At 27, Joshi was the youngest elected official in a municipality of over 100,000 residents.

In the Edison Council primary, with three seats up for grabs, Nishith Patel finished in the top three – along with Margot Harris and John Poyner – to advance to the general on the Democrat side. Sparshil Patel finished sixth and did not advance. Payal Mehta was among three GOP candidates running, all whom advanced with three seats open.

Meanwhile, in the 18th Legislative District, Republican Vihal Patel advanced unopposed to take on Democratic incumbent Patrick Diegnan Jr. Diegnan advanced on the Democratic side by beating Indian American Mohin Patel in the primary – receiving 11,216 votes for 75.42 percent to Patel’s 3,656 votes for 24.58 percent.

Perennial candidate Hirsh Singh was hoping to advance in the Republican Party ticket for the New Jersey gubernatorial seat to take on Democratic incumbent Phil Murphy.

Republican Bina Shah advanced based on the two seats open and only two candidates running in District 14. The same applied to Anjali Mehrotra, a Democrat, in the District 21 primary race, as well as for Democratic incumbent Raj Mukherjee in the 33rd District.

Indian American Karishma Mehta was seeking the 49th Delegate seat in Virgina as a Democrat. She received 30.5 percent of the vote, nearly 40 points behind winner Alfonso Lopez in the two-candidate race.

All results are deemed unofficial until each government certifies them.