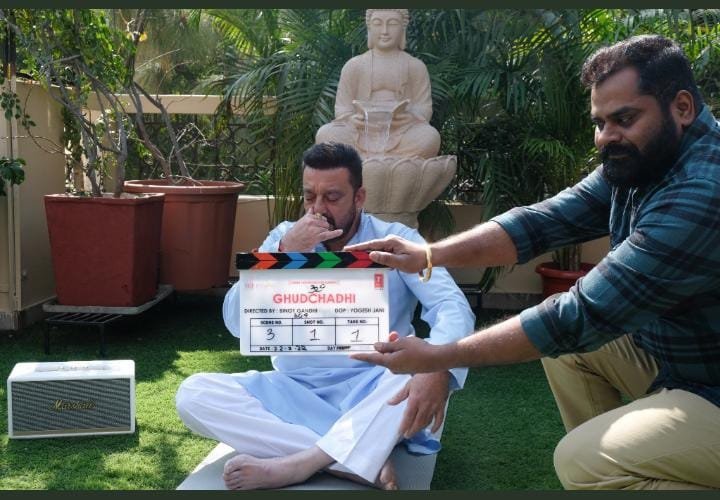 MUMBAI (IANS) – Sanjay Dutt has announced his next movie — ‘Ghudchadhi‘ — that went on floors on Feb.22.

Dutt posted a picture on Twitter which shows him practicing yoga in a garden. In the tweet, Dutt tagged Balu Munnangi, an astrologer, from whom Bollywood celebs like Karan Johar, Ajay Devgn and Dutt himself seek advice.

“Thank you @balu_munnangi for bringing your energy to this new beginning. Appreciate your presence,” Dutt wrote.

Besides ‘Ghudchadhi’, which is being directed by Binoy Gandhi, the actor will also be seen as ‘Adheera’ in Yash starrer ‘KGF Chapter 2’ slated to release on Apr. 14.

He also has ‘Shamshera’ and ‘Toolsidas Junior’ in the pipeline.