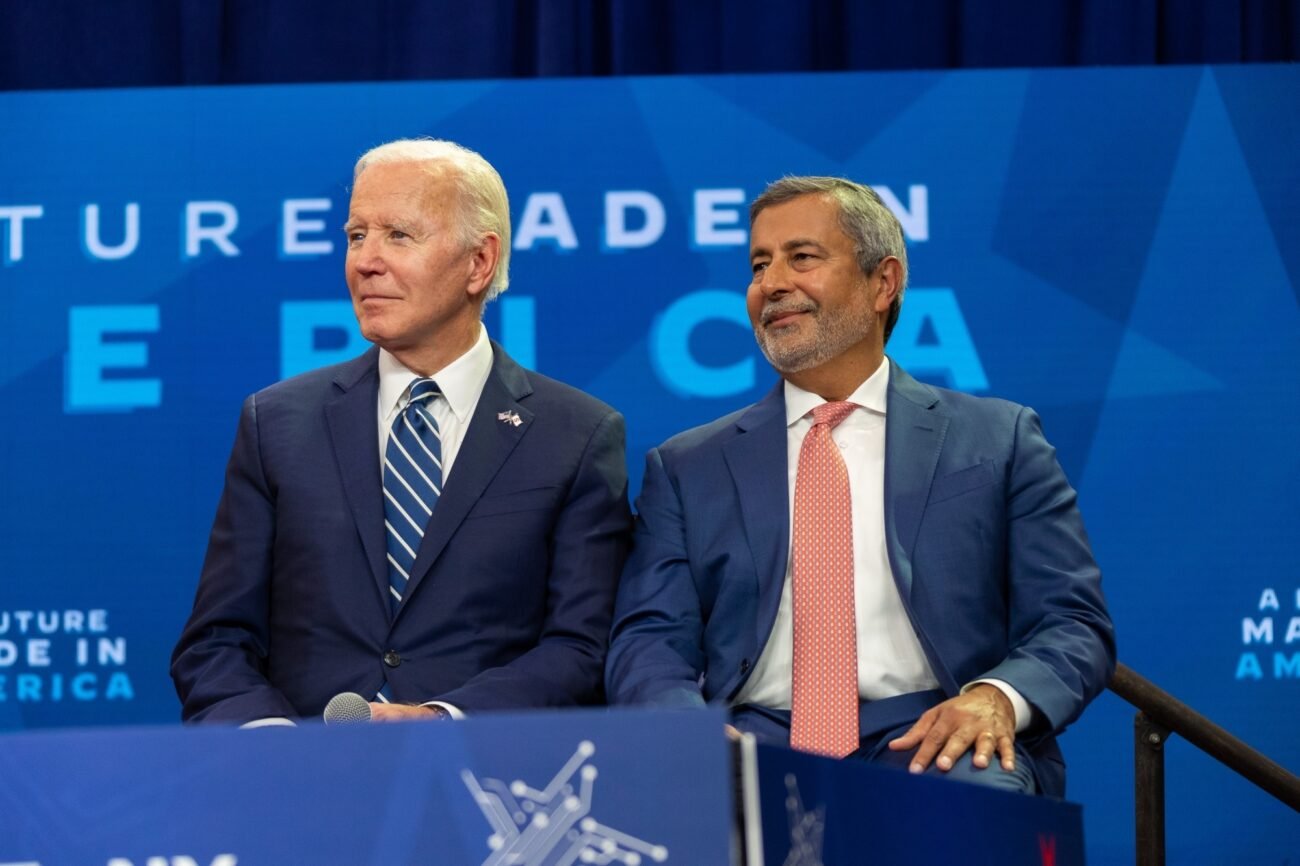 NEW YORK, NY – (IANS) Sanjay Mehrotra, the Indian American CEO of Micron Technology, has promised an investment of $100 billion over the next 20 years and the creation of thousands of jobs in NY.

In his LinkedIn post, Mehrotra said he met President Joe Biden and showcased Micron’s future plans and the creation of the largest semiconductor fabrication facility in Clay, NY.

“I was humbled to meet with President Biden, introduce him to some of the Micron team, and showcase Micron’s plans for our future megafab in Clay, New York. This $100 billion investment over the next two decades will create the largest semiconductor fabrication facility in the history of the US,” the Kanpur-born CEO said in his post of October 28.

He said that Micron Technologies will create 50,000 jobs in NY and partner with local colleges, universities and community organisations to build the workforce.

Micron Technology is a Nasdaq-listed company that focuses on innovative memory and storage solutions.

Mehrotra added that they want to make New York the hub of leading edge semiconductor manufacturing.

In a release, the company said that it will invest $250 million in the Green CHIPS Community Investment Fund, with additional $100 million invested from New York, with $150 million from local, other state and national partners.

“Thanks to our Green CHIPS legislation, we’ll not only bring 50,000 jobs, we’ll make long-term investments in our communities,” Hochul added.

Mehrotra joined Micron in May 2017, after a long and distinguished career at SanDisk Corporation where he led the company from start-up in 1988 until its eventual sale in 2016 to Western Digital. Prior to SanDisk, he held design engineering positions at Integrated Device Technology, SEEQ Technology and Intel Corporation.

Mehrotra was born in Kanpur and completed his education from Delhi’s Sardar Patel Vidyalaya. At the age of 18, Mehrotra moved to the US, transferring from BITS Pilani to attend the University of California, Berkeley, where he earned both a bachelor’s and master’s degrees in electrical engineering and computer science. He holds around 70 patents.