HomeArts/BooksSanjeev Kumar Had A Special Bond With Sivaji Ganesan

Sanjeev Kumar Had A Special Bond With Sivaji Ganesan 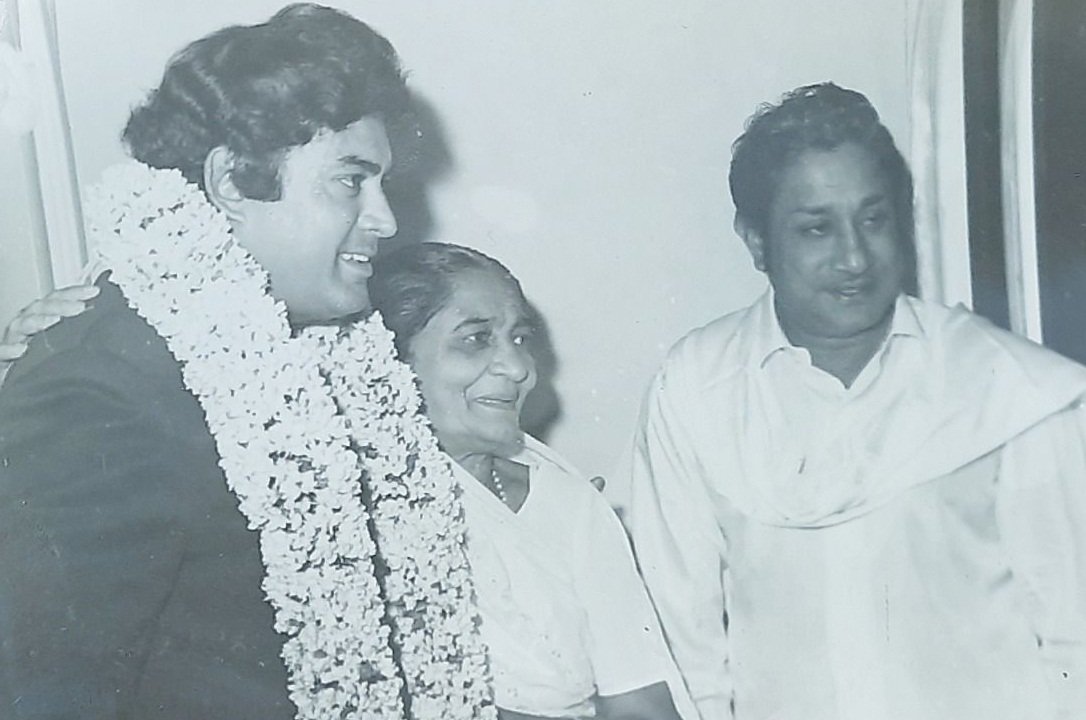 Sanjeev Kumar Had A Special Bond With Sivaji Ganesan

MUMBAI, (IANS) – Actor Sanjeev Kumar’s biography penned by Reeta Ramamurthy Gupta and Uday Jariwala, is throwing light on hitherto unknown facets of the late actor’s life. An extract from ‘Sanjeev Kumar- The Actor We All Loved’, talks about his southern connections.

Whether it’s his films getting a remake in the south industry or his connection with Sivaji Ganesan, the book gives readers insight into this phase of Harihar (Hari) Zariwala, better known as actor Sanjeev Kumar’s life.

He was a hugely talented actor who died in 1985 at the relatively young age of 47. Known for his realistic acting, he was popular for essaying any character effortlessly. He was a favorite choice of southern film producers planning to remake their movies in Hindi.

It was one of mutual respect with the legendary actor of Tamil cinema, Sivaji Ganesan. Hari was given a character role in Ganesan’s home production Gauri (which was a remake of Ganesan’s own Shanti, the authors say in the book.

“An article of unknown provenance titled ‘Naan Sivajiyan Maanavan’ (I am a student of Sivaji’s), obtained from Hari’s family archives quotes him as follows.

“I first met him when I was but an extra on the sets of Gauri. One look at me and he said, ‘In the future, you will be a very accomplished actor.’ His words were like God’s own words, and he blessed by career. Whenever a Sivaji Ganesan movie had to be remade in Hindi, all of us actors would worry plenty. His prowess inspired fear.”

“We would see the Tamil print again and again to observe his performance and learn! At a personal level, whenever I visited Chennai, I would seek his blessings. I am grateful for all the love he has given me. If he sees me as one for the finest actors in hindi Cinema, it is my honor.”

The author’s note that Sanjeev Kumar’s popularity spread to other film industries in the region. In fact, it was a two-way flow of opportunities.

“The mutual admiration between Sivaji Ganesan and Hari and the latter’s own quiet, easygoing nature eventually played a major role in Hari’s success. When South Indian producers and directors wanted to remake their Tamil or Telugu films in Hindi, they often chose Hari. These remakes typically had long dialogues and demanded good histrionics and this further augmented Hari’s ‘actor’ tag.

For example, Sivaji Ganesan’s Avan Thaan Manithan was remade as Shaandaar, and Gnana Oli was remade as Devata – both featuring Hari. Among the Telugu films, ‘Takkar’ was a remake of N.T. Rama Rao’s ‘Devudu Chesina Manushulu’ with Hari in the lead role. The winds blew the other way too. Hari’s ‘Mausam’ was remade in Tamil as ‘Vasanthathil Oru Naal’ featuring Shivaji Ganesan.

Hari’s third connection to the south – actor Hema Malini, whom he would meet soon, “was an intensely personal one,” the writers say.