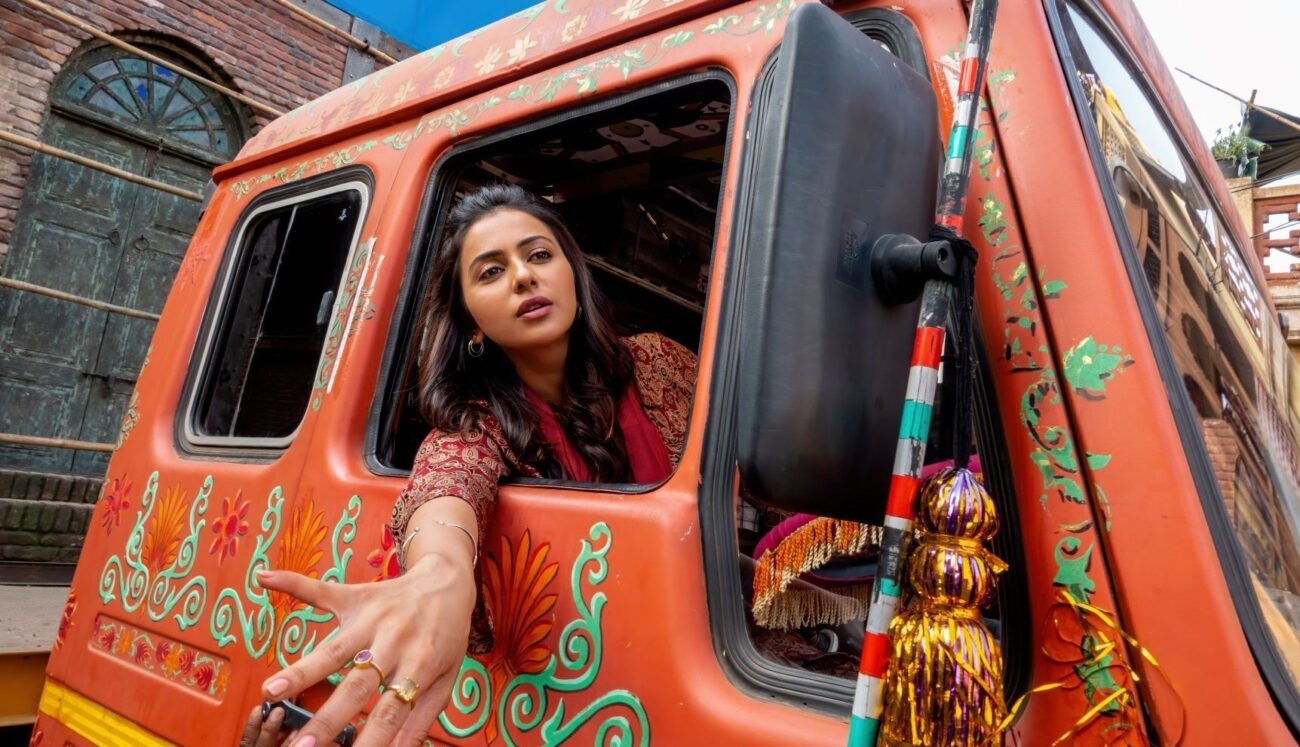 MUMBAI — Once you dole out a very liberal and unconditional license to the writers and director of “Sardar Ka Grandson” to ignore logic, we get a no-holds-barred family saga of love and bonhomie in a fun-time, one-time watch.

Amreek Singh is a clumsy and careless young man working in a movers and packers firm in America along with his girl, Radha (Rakul Preet Singh). Back home in Punjab, his doting grandma, Sardar Kaur (Neena Gupta, wonderfully made up to look all of 90!) has a tumor and not many days left to live.

Amreek and Radha break up after a spat, and a distraught Amreek is, at that moment almost, summoned to Amritsar as Sardar is quite unwell. Back home in his crazy joint family, he learns that Sardar wishes to go to Lahore (now in Pakistan) to see the house she had built with her beloved husband Gursher Singh (John Abraham) in their youth (her young version is played by Aditi Roy Hydari). After Independence and the trauma of Partition, she had to leave with her kid as a young widow, as Gursher is killed by an attacking mob. 70 years down, Sardar is sure the house will be intact.

Amreek now decides to fulfill his grandma’s last wish. But a stumbling block comes when Sardar’s visa is rejected. The reason is that she had assaulted and pulled the beard of a Pakistani official, Saqlain Niazi (Kumud Mishra) during a cricket match in India!

However, Amreek sees a video of a tree and a house being transported in America from one place to another. He gets in touch with Radha, who had transported the tree and pleads for help. However, his normal saucy way of talking with her gets her goat and she turns him down.

Determined to succeed (he has got his visa), Amreek takes his family into confidence, and crosses the Wagah Border in Amritsar. He arrives at the address and finds Sardar’s home intact but about to be demolished by a local contractor!

After this, things begin to go totally illogically and then the filmic touch is added by a lot of “suspense” and last-minute cliffhangers before Amreek obviously succeeds and a critically-ill grandma is saved by her delight at seeing her house, to live, we are told, for seven more years!

And all this is made possible despite Niazi, by chance now the mayor of Lahore and a decision-maker about permission to take the house to Amritsar, and because Radha arrives in Pakistan with her team, though she had never been told the address.

Drama, emotions and humor alternate in this film that could have done with a sharper editing of at least 20 to 25 minutes. Some of the Pakistan sequences seem needlessly prolonged, and there is a concerted effort to show that the Pakistani common folk is noble-hearted. Okay, we got it!

Arjun is his usual self, and so is Rakul. Kanwaljit Singh and Soni Razdan as his parents, Divya Seth as the aunt, and Kumud Mishra as Niazi make a mark. Mir Mehroos as Chhote is delightful, and Masood Akhtar as Khan sahab makes a mark. John and Aditi go through the motions.

But the dazzler is Neena Gupta as Sardar. A delightfully nuanced performance at every level, she is best when she enters her home that has been brought home to Amritsar by her beloved grandson. Her expressions are sheer treasure for wannabe actors. Gupta is growing taller by the film and series she is doing. And here, she supersedes all her recent work.

As for the rest of the film, Gulraj Singh’s background score stands out.

As I said, grant a humongous license and just enjoy this warm family entertainer. Logic can go take a walk all the way from Amritsar to Lahore—or maybe to America, where Amreek returns with Radha at the end of the film.