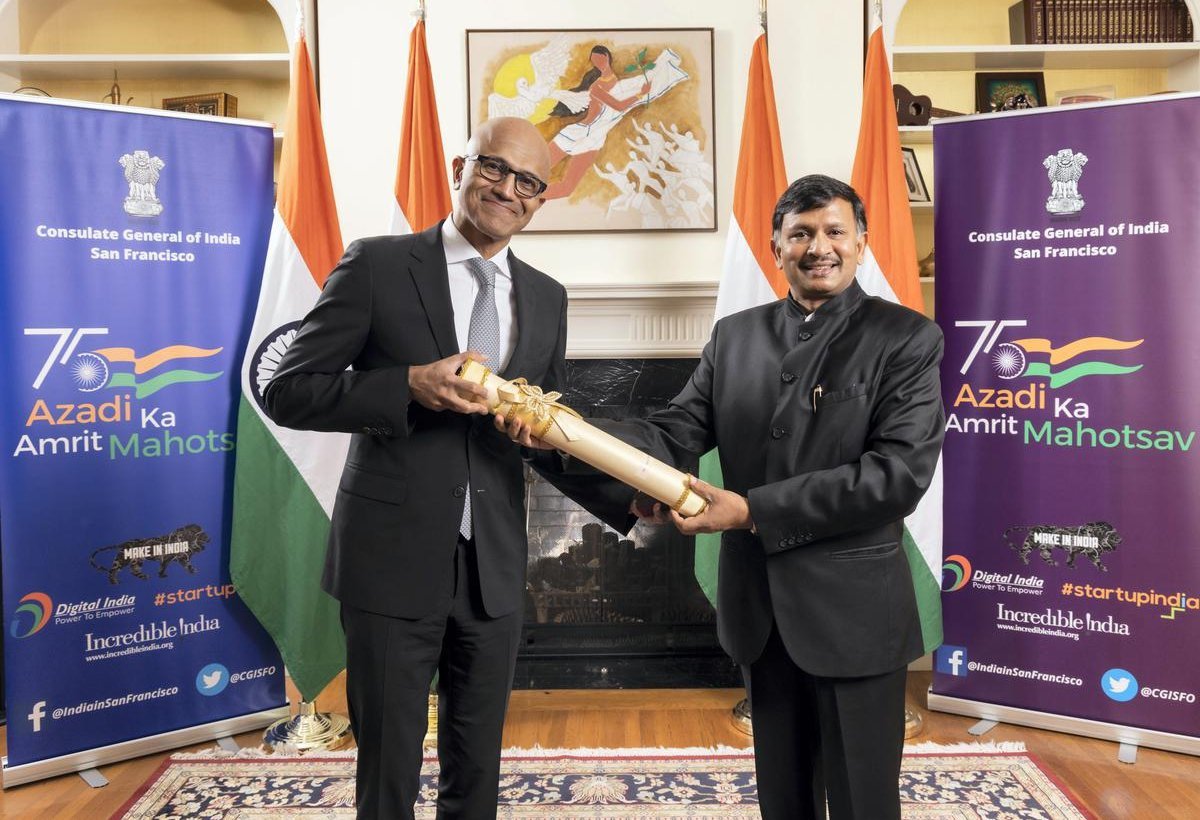 Nadella met with the Consul General to discuss the critical role digital technology is playing in empowering growth in India.

During the meeting, Nadella formally received the Padma Bhushan for distinguished service. He was named one of 17 awardees earlier this year.

“It is an honor to receive a Padma Bhushan Award and to be recognized with so many extraordinary people. I am thankful to the President, Prime Minister, and people of India, and look forward to continuing to work with people across India to help them use technology to achieve more,” Nadella said.

He said he plans to visit India in January 2023, his first visit to the country in nearly three years.

In a statement after meeting Prasad, Nadella said, “The next decade will be defined by digital technology. Indian industries and organizations of every size are turning to technology to help them do more with less, which will ultimately lead to greater innovation, agility, and resilience.”