HomeArts/BooksSavitribai Phule, A Trailblazer, To Finally Get A Biography

Savitribai Phule, A Trailblazer, To Finally Get A Biography 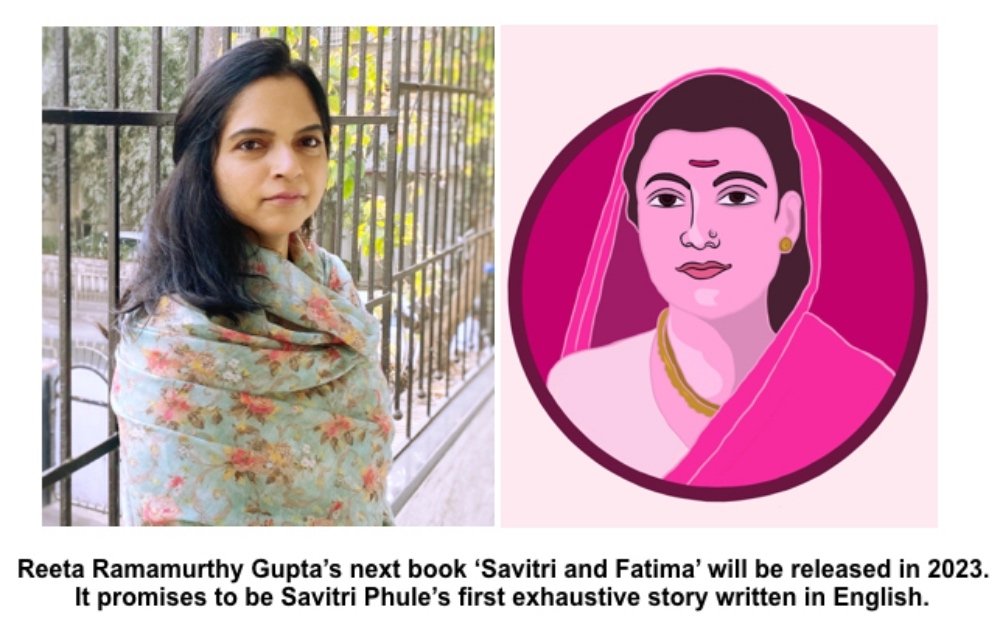 Savitribai Phule, A Trailblazer, To Finally Get A Biography

January 3 marks the birth anniversary of one of the world’s greatest teachers, Savitribai Phule. Reeta Ramamurthy Gupta is set to release Savitribai’s first biography, titled ‘Savitri and Fatima’, with a focus on her friendship with Fatima Shaikh.

The question that remains is why is the first book about Savitribai Phule coming 125 years after her death? The author who also wrote the bestselling biography of Sanjeev Kumar in 2022 answered a few questions:

Q: Why is the first biography on Savitribai Phule coming so late?

A: As a matter of fact, there are many books about Savitribai in Marathi. I have seen some compilations in English as well, but nothing that qualifies as a biography. I do wonder why there haven’t been attempts to write her story in English before or whether I might have missed them. Savitribai Phule is a part of every listicle on the world’s greatest teachers. She’s one of the greatest revolutionaries and guiding lights to have been born in India.

Q: Why did you pick this subject?

A: Every Indian woman, anywhere in the world, who can read and write, owes a debt of gratitude to Savitribai Phule. I wanted to bring her to the front and center of public consciousness because the preservation of our democracy lies in being cognizant of our hard-won freedom and how precious and tenuous this freedom is!

Savitribai Phule was an embodiment of the word ‘feminism’. Her convictions and her actions were set in the 19th century, at a time where even basic rights were not available to women. She fought for their basic dignity and education. Her activism and her duty required real gumption. She not only rescripted her own life, but she also made it possible for untouchables and women to re-script theirs too.

Q: Is it possible to ‘Rescript Your Life’, as per your first book?

A: Yes, ‘Rescript Your Life’ is my first book, on which every other book is based. You become what you believe in, not what you want, is the message of the book.

If you read ‘Stranger in the Mirror’, Rakeysh Omprakash Mehra’s biography, he is someone who came from humble origins to become one of our greatest filmmakers. If you read ‘Sanjeev Kumar: The Actor We All Loved’, the man lost his father at 12 and fell prey to heavy depression, before he rose to become one of India’s finest actors. So, both re-scripted their lives.

Q: Your book is titled Savitri and Fatima.

A: Yes, this is a story of a friendship between the two women. When Savitribai and her husband Jyotirao Phule founded the first school for girls (by a non-missionary or by someone who was not British), they were thrown out of their house. It was Fatima Shaikh who gave them shelter. Fatima had taken her teacher training lessons along with Savitribai Phule and they developed a deep friendship. Fatima functioned as a dependable deputy to Savitri Phule’s efforts. She offered to run all the schools, and this gave Savitribai Phule the opportunity to confront other social issues such as widow remarriage and the oppressive caste system. Yet, this friendship between Savitri and Fatima and their work together remains unsung and unknown. They had a dream, ‘education for all’, irrespective of caste, creed, or religion. The spark lit by Savitri and Fatima had far-reaching consequences. As more and more Indians got educated, their minds opened to the ideas of freedom, justice and liberty.