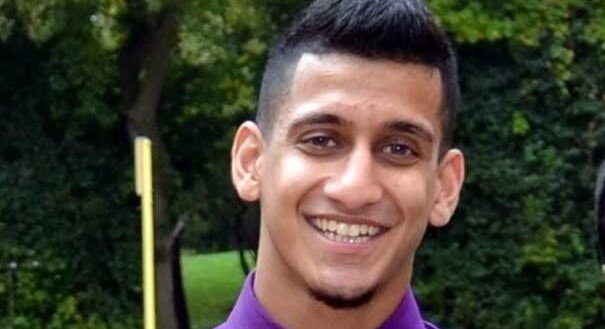 Family and friends of late Indian American Student Pravin Varughese, who went missing on the night of Feb. 12, 2014 and was found dead in a wooded area near Carbondale, Ill., six days later, met Feb. 20 to remember his life.

They met and offered prayers at the same spot where his body was found seven years ago. After the annual memorial walk to the woods, they congregated on the campus of Southern Illinois University – where Varughese went – where two scholarships for $1000 were awarded, per WSILTV. Those were given to students from Shawnee Community College who will be entering the field of criminal justice, the major Varughese was pursuing, it said.

“So we are trying to honor his dream, and what we are doing for the past six years is pick Criminal Justice Majors,” Lovely Varughese, Pravin’s mother, told WSILTV. “Every year, when you walk you feel that connection, I feel like a part of my soul is here.”

Th family returns to Carbondale every year to honor Pravin.

Lovely Varughese also captioned a photo of Pravin on Facebook Feb. 13, writing, “Your life is changing many lives, spreading love, making a positive change in criminal justice which you so loved and wanted to be a part of. I could not live without realizing the ‘purpose’ of losing you. Now we know the purpose of your life and why God took you from us. Rest in peace kanna…until we meet again…we love you and miss everything about you.”

On the night he died, Bethune gave Varughese a ride home from a party. Reports during the trial suggested that the two men got into an altercation. Bethune testified on the stand that Varughese ran out of his car and into the woods.

Law enforcement officials initially concluded that Varughese had died of hypothermia. But the Varughese family ordered a second autopsy, which concluded that Pravin died of blunt force trauma. In July 2018, Bethune was convicted by a jury of murdering Varughese. But a judge set aside the verdict and ordered a new trial. (Read earlier India-West story here: https://bit.ly/2SChHW4)

In 2018, NBC’s signature news magazine, “Dateline,” revisited the circumstances surrounding his death in an episode titled, “At the Edge of Town.”

“I knew one thing. I wasn’t going to stop,” Lovely Varughese said on the episode.

The episode talked in detail about the search, Bethune’s interrogation, the trial, the heartbreak and the twist that stunned everyone.

Rather than sentencing Bethune, said journalist Dennis Murphy, the judge threw out the verdict and ordered a new trial. He ruled that the evidence had been sufficient to convict Bethune but the wording in the indictment might have confused the jurors. So, Bethune was a free man, for now.

“I was shocked, disgusted and felt that how can you trust the justice system anymore,” said Lovely Varughese. “A jury of 12 members found this man guilty and the judge just turned it around and threw it away.”

Lovely Varughese ended up settling her lawsuit against Bethune out of court, according to “Dateline.” But what she really wants, added the report, is an apology from him, something that she knows he’ll never give her.