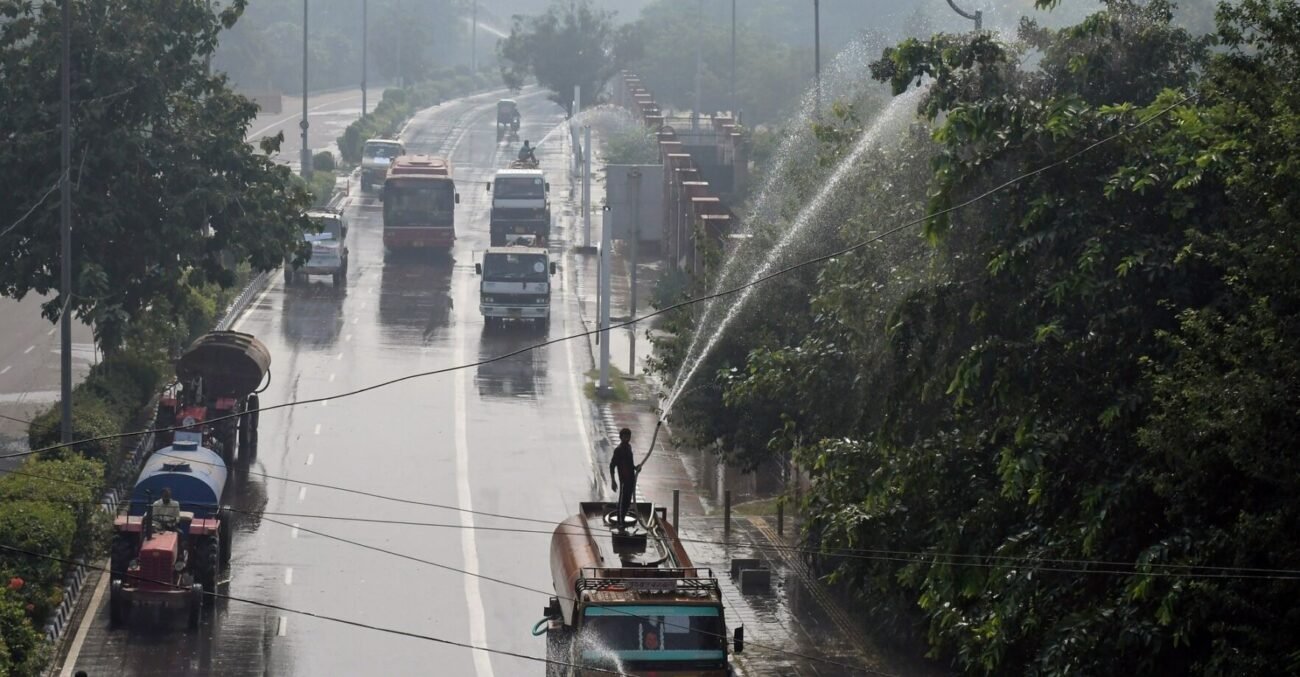 By SHEIKH SAALIQ and SHONAL GANGULY

The dirty-air crisis in the city of more than 20 million people has underscored India’s heavy dependence on coal, which accounts for 70% of the country’s power.

The New Delhi state government said it is open to the idea of a weekend lockdown to reduce automobile traffic and potentially other air-polluting activity in the city, and it is awaiting the go-ahead from India’s Supreme Court. A decision could come as early as Nov. 24.

It’s not clear how extensive the lockdown would be. Authorities are discussing whether to allow industries to continue operating.

Some experts said a lockdown would achieve very little in controlling pollution and would instead cause disruptions in the economy and harm the livelihoods of millions of people.

“This is not the solution that we are looking for, because this is hugely disruptive. And we also have to keep in mind that the economy is already under pressure, poor people are at risk,” said Anumita Roychowdhury, executive director at the Center for Science and Environment, a research and advocacy organization in New Delhi.

Soaring pollution levels in the capital prompted a federal environment ministry panel to issue strict guidelines Nov. 16 night to stem the pollution and show residents that the government is taking action against a crisis that has plagued the city for years.

Besides closing schools and shutting down some power plants, the Commission for Air Quality Management ordered a stop to construction until Nov. 21 and banned trucks carrying non-essential goods. The panel also directed the affected states to encourage work from home for half of the employees in all private offices.

The importance of coal to India was underlined just days ago at the world climate talks in Scotland, where almost 200 nations accepted a compromise deal to fight global warming. It contained a last-minute change sought by India that watered down crucial language about coal.

The agreement as amended would “phase down” rather than “phase out” coal power, the biggest source of greenhouse gas emissions.

Levels of dangerous particles in New Delhi’s air Nov. 17 were as high as seven times the safe level, climbing above 300 micrograms per cubic meter in some parts of the city. The World Health Organization designates the safe level as 25.

Forecasters warned air quality will worsen before the arrival of cold winds next week that will blow away the smog.

Earlier this month, air pollution reached the “severe” level in the capital, and residents faced bouts of heavy, multiday pollution. That prompted the Supreme Court last week to order state and federal governments to take “imminent and emergency” action. New Delhi authorities responded by proposing a lockdown and closing schools for a week.

Among the many Indian cities gasping for breath, New Delhi tops the list every year.

Auto emissions contribute nearly 25% of the city’s pollution in the winter, according to the federal government. The crisis deepens in the cold-weather months when the burning of crop residue in neighboring states coincides with lower temperatures that trap smoke. That smoke travels to New Delhi.

Emissions from industries with no pollution-control technology, smoke from firecrackers linked to festivals, and construction dust also sharply increase in winter months.

Several studies have estimated that more than a million Indians die each year because of air pollution-related diseases.

The capital has often experimented with limiting the number of cars on the road, using large anti-smog guns and halting construction. But the steps have had little effect.

“Shutting down the city will not end the pollution,” Jain said.

Experts say such emergency measures are not helpful in the long run.

“These are done only to ensure that you don’t worsen the situation, that you shave off the peak. But it is not a silver bullet that is going to just clean the air immediately,” Roychowdhury said.