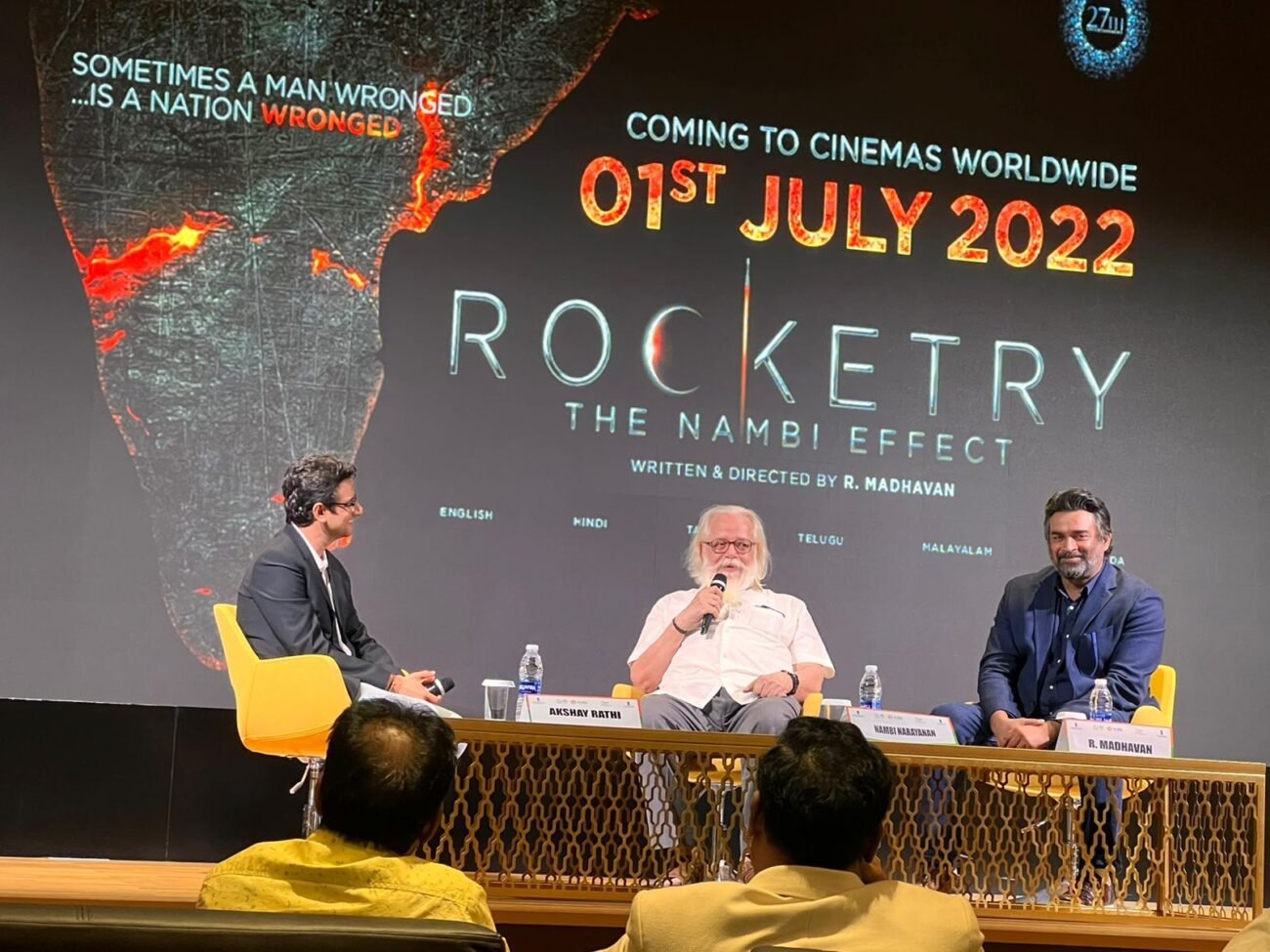 MUMBAI (IANS) – ISRO space scientist Nambi Narayanan, on whom R. Madhavan’s upcoming directorial debut ‘Rocketry: The Nambi Effect’ is based, recently revealed the reason behind choosing the actor to direct his life story.

The film’s trailer was recently showcased at Expo 2022 Dubai where it received positive response from the audience. Commenting on collaborating with Madhavan, Nambi Narayanan said, “I wanted someone who really understood what it means to be an engineer. Since Madhavan is an engineer himself, it made telling him my story that much easier.”

“When I was explaining to him about how I saved APJ Abdul Kalam’s life, he immediately got what I meant when I explained the imbalance in atmospheric pressure. So, he naturally was the perfect choice”, he added.

‘Rocketry: The Nambi Effect’, which follows the life of Nambi Narayanan, who was caught in the throes of a spy scandal, stars R Madhavan as the lead along with an ensemble of Simran, Rajat Kapoor, Ravi Raghavendra, Misha Ghoshal, Gulshan Grover, Karthik Kumar and Dinesh Prabhakar.

The movie will also see special appearances by superstars Shah Rukh Khan and Suriya. Staged on a mammoth scale, the film has been shot in parts of India, Georgia, Russia, France.

The rocket scientist also gave his message to the youth of India. He said, “If the truth is with you, no matter what it is, you continue on that path. And if you are wronged by somebody, don’t leave the fight till the end.”

The film, produced by R Madhavan, Sarita Madhavan, Varghese Moolan and Vijay Moolan under the banner of Tricolour Films and Varghese Moolan Pictures, and distributed by Yashraj Films and Phars Films (overseas), is slated for a worldwide theatrical release on Jul. 1.

The movie has been shot simultaneously in multiple languages including Hindi, Tamil and English, and will also be released in Telugu, Malayalam and Kannada.