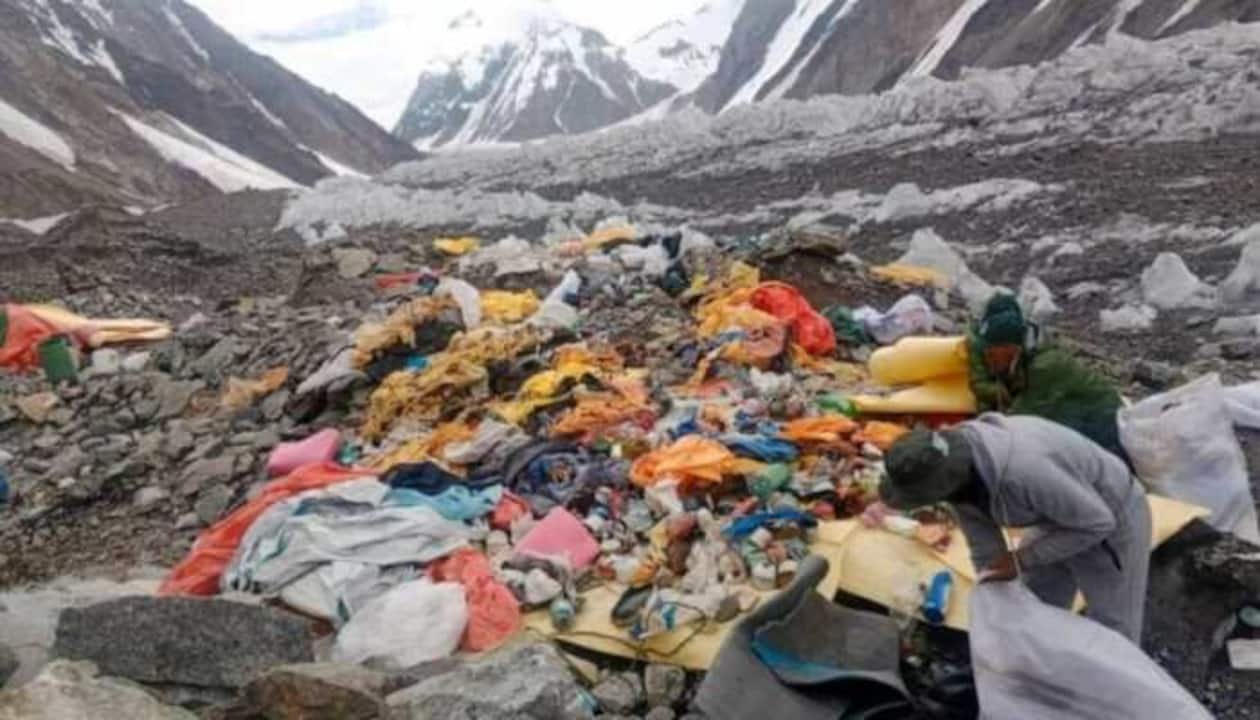 GILGIT-BALTISTAN, (ANI) – K2, the second-highest mountain on the planet after Mount Everest, has become a ‘garbage mountain’ as a mound of trash has piled up, raising environmental concerns.

The scene on the peak was captured by several tourists who went there for trekking. Notably, K2 is one of the most difficult peaks to summit in the world and a popular site for mountaineers. Gilgit-Baltistan Tourism Department in summer 2022 alone issued 204 permits for expeditions on the K2, compared to a total of 1,800 permits issued for all the 8,000m peaks in the region.

On July 22, Wajid Nagar and his team began the journey to scale the mighty K2.

“As soon as we reached Camp 1 on the K2, in front of us was pile upon pile of trash which included corpses, abandoned ropes, tin packs, tents, climbing gears, human waste, and plastic wrappers,” Wajid said.

A US-based mountaineer Sarah Strattan, who arrived in Gilgit-Baltistan in June for a K2 summit had similar concerns. “Camps 1 and 2 were the worst with trash — old tents, gear, food packaging, fuel cans, human waste, old ropes, etc.,” she told Dawn. She further explained that the trash created many problems for climbers, especially when it came to sanitation. “We melt the snow for water in all camps and if the snow is dirty, it can make us sick,” she said.

Meanwhile, the GB government organized a campaign to clear the garbage earlier this year, after almost a decade.

A team of eight climbers was sent to collect the trash from the K2 base camp all the way up to Camp 4, at a height of 7,800m. The team ended up collecting 1,610kg of trash, including climbing gear, tents, ropes, cylinders, batteries, and shopping bags.

The garbage was then discarded at CKNP’s dumpsite. The waste this summer was the highest collected in years, officials said, because of the number of expeditions on the mountain.