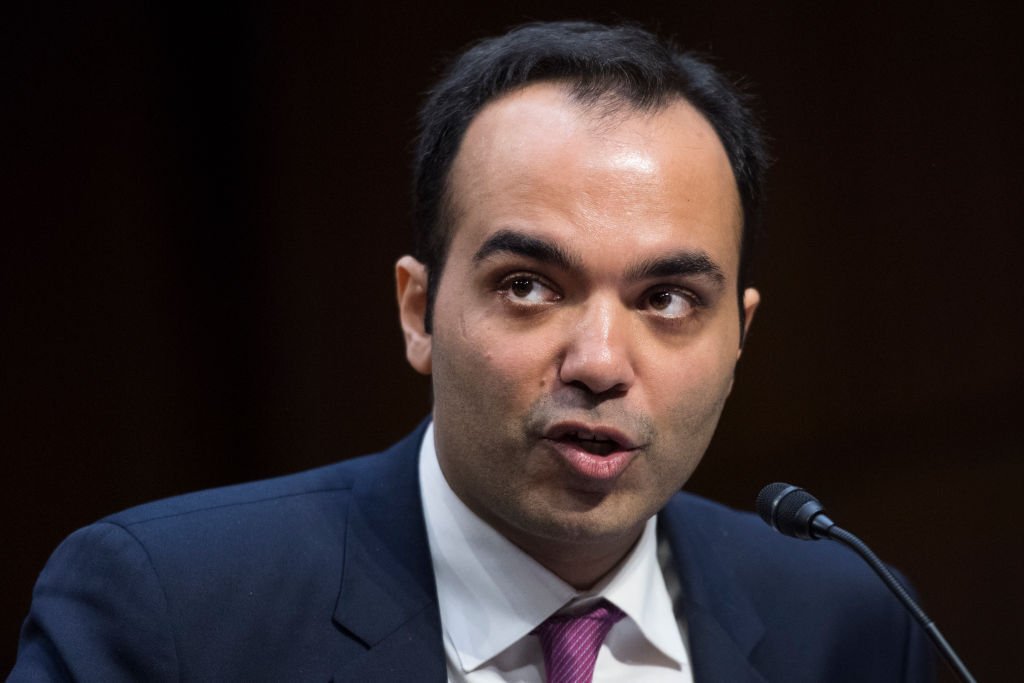 WASHINGTON — The Senate narrowly approved President Joe Biden’s pick to run the Consumer Financial Protection Bureau Sept. 30, giving the bureau a director who is likely to embrace an aggressive “watchdog” role, similar to how the agency operated under former President Barack Obama.

Rohit Chopra’s nomination was approved 50-48, with Vice President Kamala Harris earlier having to cast a tie-breaking vote to end debate. Republicans were united in opposition to Chopra.

Before his approval, Chopra held one of the Democrat seats on the Federal Trade Commission, often using his position to publicly advocate for higher penalties and enforcement against companies found to have committed wrongdoing. A then GOP-controlled Senate unanimously confirmed Chopra to his FTC commissioner job in 2018, a point Democrats made during debates about his nomination when it became clear no Republican would vote to approve him this time.

Chopra, 39, was there at the bureau’s beginnings, brought on by then Harvard Professor Elizabeth Warren to help launch the bureau. He held several high-ranking positions at the CFPB during the Obama administration, including the top job handling student-loan issues.

“He is a terrific champion for consumers & will be a fearless leader of the Bureau. Let’s get to work!,” Warren, now a U.S. Senate Democrat from Massachusetts, said on Twitter after he was confirmed.

Chopra is the CFPB’s third permanent director since the bureau was created by the Dodd-Frank Act, the law passed after the 2008 financial crisis that overhauled the entire banking and financial system. Kathy Kraninger, who was former President Donald Trump’s choice to run the bureau, was asked to resign by Biden on his first day in office.

During the Trump administration, the CFPB drastically scaled back its enforcement actions, both in number and size, and it relegated concerns, such as fair lending, to a much smaller position inside the bureau. It was a stark contrast to how the bureau was run under the Obama administration, when it aggressively collected fines from banks and credit card companies and returned billions of dollars in damages to borrowers.

Biden’s choice for the CFPB’s acting director, Dave Uejio, has used his position to pivot the bureau sharply back to its original mission. In an email to bureau employees sent shortly after Chopra’s confirmation, Uejio said he expects Chopra to begin work late next week once he resigns his position at the FTC.

Chopra has said his first focus as director would be the financial impact of the coronavirus pandemic. Millions of Americans are now facing eviction and potential foreclosures due to the job losses caused by pandemic.

Uejio has used some of his powers — particularly the bureau’s role supervising debt collectors and mortgage servicers — to keep as many people in their homes as possible. But Uejio’s efforts were constrained by his temporary role at the bureau.

He also said during his confirmation hearing that he considers privacy issues, and the way banks use algorithms to determine how to lend, to be other areas he may focus on as director.

Republicans have long held an ideological opposition to the CFPB, due to its structure with a single director and because it is funded through the Federal Reserve instead of the traditional congressional appropriations process. That criticism abated somewhat when Kraninger ran the bureau due to her more business-friendly approach.

“I have grave concerns that Commissioner Chopra would return the CFPB to the lawless, overreaching, highly politicized agency it was during the Obama administration,” said Sen. Pat Toomey of Pennsylvania, the ranking Republican on the Senate Banking Committee, during his speech opposing the nomination.

India-West Staff Reporter adds: Chopra is the recipient of multiple awards for his public service and contributions to the field of consumer finance. Prior to entering government, the Indian American worked at McKinsey & Company, the global management consultancy, in the financial services, health care, and consumer technology sectors.

Born in Plainfield, New Jersey, Chopra holds a BA from Harvard University and an MBA from the Wharton School at the University of Pennsylvania. He was also the recipient of a Fulbright Fellowship.