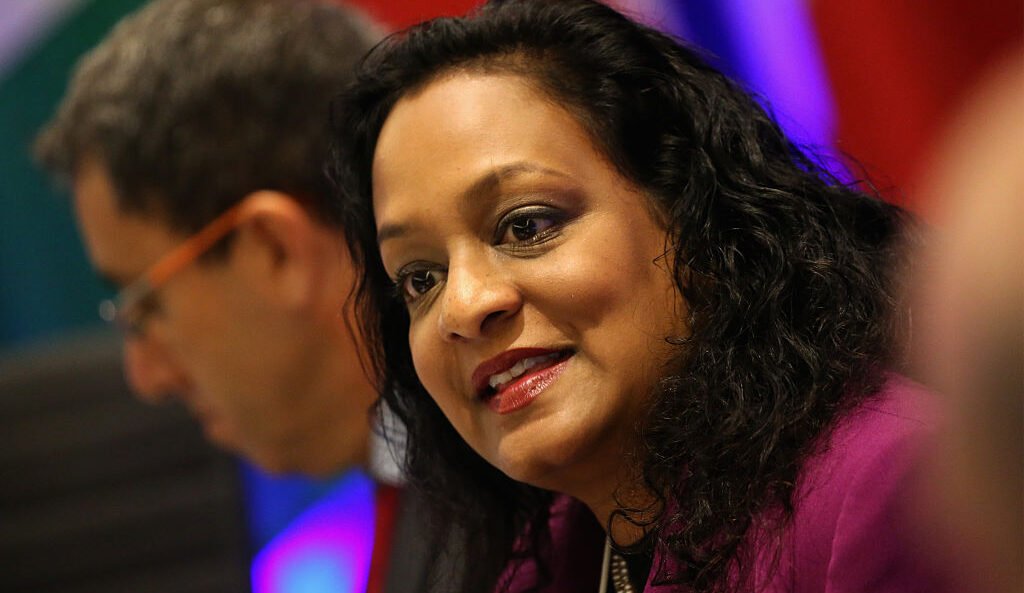 Radhika Fox is the CEO of the U.S. Water Alliance, a national nonprofit organization advancing policies and programs that build a sustainable water future. She is seen here speaking at the 2016 Concordia Summit at Grand Hyatt New York on Sept. 19, 2016 in New York City. (Paul Morigi/Getty Images for Concordia Summit)

The Senate June 16 voted 55-43 to confirm Radhika Fox as head of the Environmental Protection Agency’s Office of Water.

The confirmation comes five weeks after Fox testified before the EPW Committee during her nomination hearing.

Senate Environment and Public Works Committee chairman Tom Carper, D-Del., in remarks on the Senate floor, praised Fox’s record and highlighted the organizations endorsing her for the position, according to a report from The Hill.

These include the U.S. Chamber of Commerce, the Family Farm Alliance and the U.S. Water Alliance, where Fox previously served as chief executive, the report said.

“What those organizations have said — again and again — about Radhika Fox is that she is an exceptional leader who will work day and night to come up with practical solutions to our country’s serious water challenges,” Carper said June 16, according to the report. “Moreover, Ms. Fox will make sure everyone’s point of view is heard and taken into account when EPA acts to protect our country’s precious water resources.”

According to her bio, Fox is the CEO of the U.S. Water Alliance, a national nonprofit organization advancing policies and programs that build a sustainable water future for all. The Alliance educates the nation on the value of water, accelerates the adoption of one water policies and programs, and celebrates innovation in water management. Fox also serves as director of the Value of Water Coalition, a national campaign dedicated to educating and inspiring people about how water is essential, invaluable, and needs investment.

The Indian American has over 20 years of experience in developing policies, programs, and issue-based advocacy campaigns. She previously directed the policy and government affairs agenda for the San Francisco Public Utilities Commission, which is responsible for providing 24/7 water, wastewater, and municipal power services to 2.6 million Bay Area residents. She also served as the Federal Policy director at PolicyLink, where she coordinated the organization’s policy agenda on a wide range of issues, including infrastructure investment, transportation, sustainable communities, economic inclusion, and workforce development.

Fox holds a B.A. from Columbia University and a masters degree in City and Regional Planning from the University of California at Berkeley where she was a HUD Community Development Fellow.