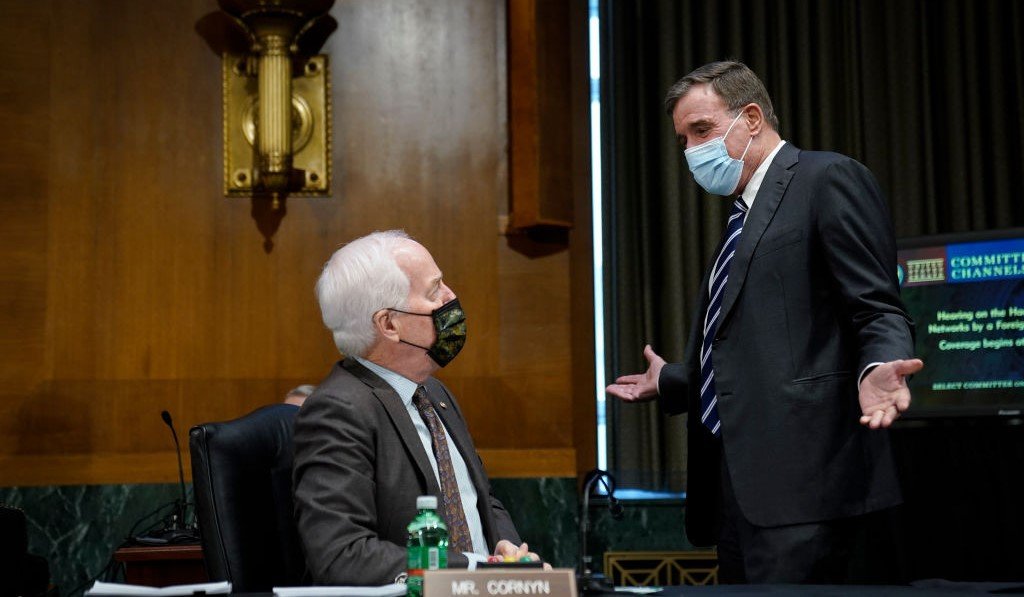 Sens. Mark Warner, D-Virginia, and John Cornyn, R-Texas, co-chairs of the Senate India Caucus, wrote a letter to President Joe Biden April 27 asking him to ramp up aid to India amid the country’s deepening COVID crisis.

“As co-chairs of the Senate India Caucus, we are watching with growing alarm the unprecedented surge of COVID-19 cases, hospitalizations, and deaths, which has overwhelmed hospitals and the overall health system in India,” wrote Cornyn and Warner. “India is the now the epicenter of this crisis and faces a severe shortage of testing kits, vaccines, oxygen equipment, personal protective equipment, and medical facilities.”

“India is also in great need of treatments and medicines, including oxygen, monoclonal antibodies, Remdesivir, and high quality dexamethasone to combat the virus,” wrote the senators. “We urge you to find ways to increase support to the most impacted countries, including India, with surplus vaccines, supplies, and field hospitals, as they battle to reduce the number of deaths and new cases.”

“As the United States strengthens its capacity to fight this virus, with vastly expanded testing and widespread vaccinations for Americans, we must ramp up our support to countries that are being particularly hard hit, such as India, through the provision of medical supplies and surplus vaccinations,” stated Warner and Cornyn.

Official numbers put India’s COVID-related death rates at about 2,000 per day, and 300,000 new infections daily. The country is currently experiencing a crushing second wave of the pandemic, in which hospitals have run out of beds, ventilators, therapeutics, and most critically, oxygen.

“India is at a very difficult moment. There is a gross underestimate of daily new infections, which may easily be above 1 million per day,” said Dr. Ashish Jha, Indian American dean of Brown University’s School of Public Health, at a press briefing April 27. Test positivity rates are around 30 to 40 percent, he said: About one of every three people tested is COVID positive. About 20 percent of new infections are India’s double mutant variant, which is far more contagious and lethal than traditional variants.

Biden spoke with Prime Minister Narendra Modi April 26 and pledged to provide a range of emergency assistance, including oxygen-related supplies, vaccine materials, and therapeutics. At a background press briefing later that day, a senior White House administration official said: “We remember India’s generosity to the United States in the early days of the pandemic, when India offered medications to us as our hospitals were strained. And the U.S. and India have been partners on global health for seven decades.”

“This pandemic has devastated populations and nations across the globe, making very clear that the virus knows no borders. In order to control its spread globally, saving lives abroad and here at home, we must do our part to attack the virus where it is most devastating and active,” wrote Cornyn and Warner in their letter to Biden.

The senators noted that COVID conditions in the U.S. have vastly improved, as almost 3 million vaccinations are administered each day. They urged Biden to release 60 million doses of the Astra Zeneca vaccine, which has not been approved for use in the U.S., and to release a surplus supply of testing kits.

Earlier in the week, Biden pledged to release the U.S.’s stockpile of the Astra Zeneca vaccine to countries in need. USAID, in collaboration with the Defense Department, is also looking into re-routing oxygen supplies to India, White House Press Secretary Jen Psaki announced April 26.