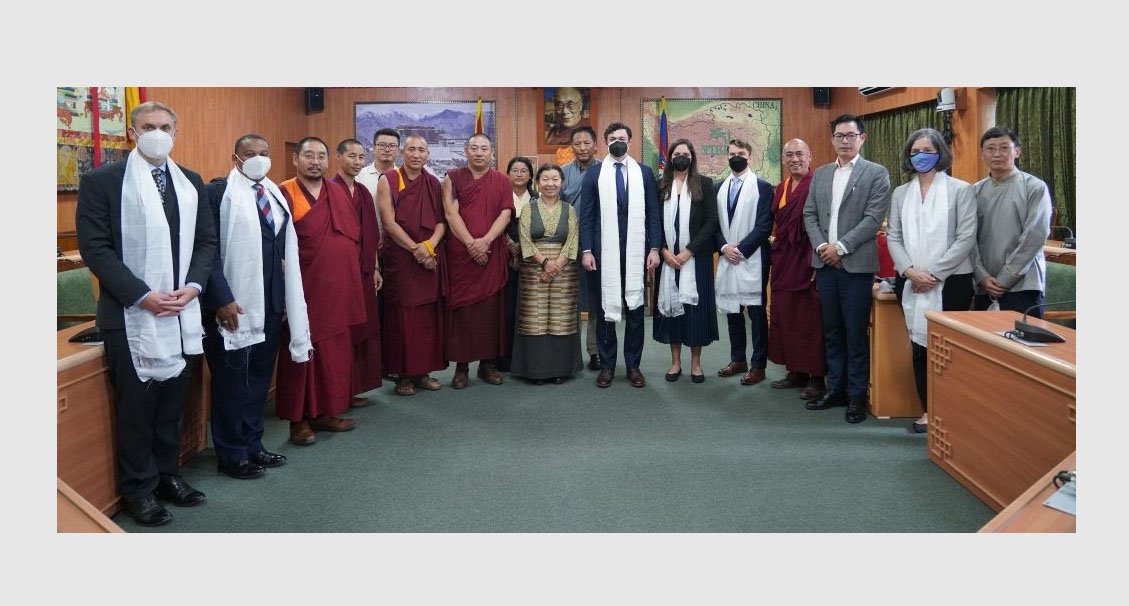 DHARAMSALA, (IANS) – Expressing satisfaction after witnessing the courage of Tibetan people in their effort to sustain a government in exile, a US delegation led by Senator Jon Ossoff said on September 4,  the purpose of the visit was to understand how Tibetans are keeping alive the flame of their struggle in exile, which is both inspiring and encouraging.

While Ossoff expressed joy over the courage of Tibetans in exile, he informed the Tibetan Parliamentarians of his audience with the Dalai Lama at the latter’s residence in Mcleodganj, besides explaining the objective of the delegation’s visit.

Many other issues concerning Tibet and Tibetans were discussed during the delegation’s interaction with the members of the standing committee of the Tibetan Parliament.

Earlier, members of the US delegation were introduced to the functioning of the Parliament-in-exile and the issues concerning Tibet and Tibetans.

Urging the Senator to voice his support for Tibet’s issue, Teykhang spoke about China’s attempt to control the reincarnation process of Tibetan lamas, including the Dalai Lama, to legitimize its illegal occupation of Tibet. By imposing restrictions on the reincarnation process, China plans to rule over the emotional sphere of Tibetans after ruling their territorial sphere, Teykhang said.