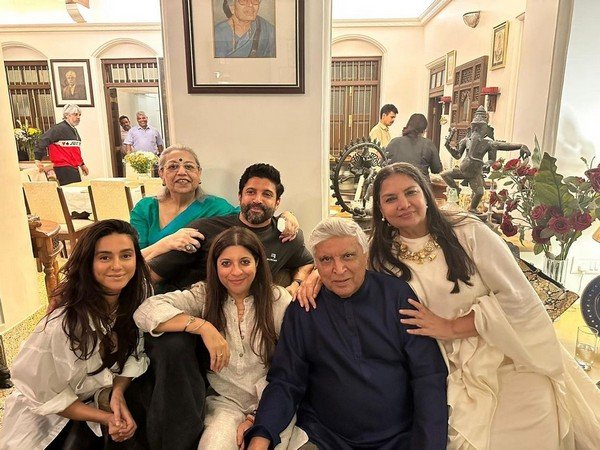 On January 19, veteran actress Shabana Azmi treated fans to a rare family photograph. In the image, we can see Shabana sharing smiles with her husband-screenwriter Javed Akhtar, and his children, Zoya Akhtar and Farhan Akhtar and his wife, Shibani Dandekar. What made their photo more special was the presence of Javed’s first wife Honey Irani.

The fam-jam post of Shabana has garnered several likes and comments.

Javed got married to veteran screenwriter Honey Irani in 1972. Javed has two children from his first marriage with Irani — filmmaker and actor Farhan Akhtar, and director-producer Zoya Akhtar. After the two separated, Shabana and Javed Akhtar tied the knot in 1984.