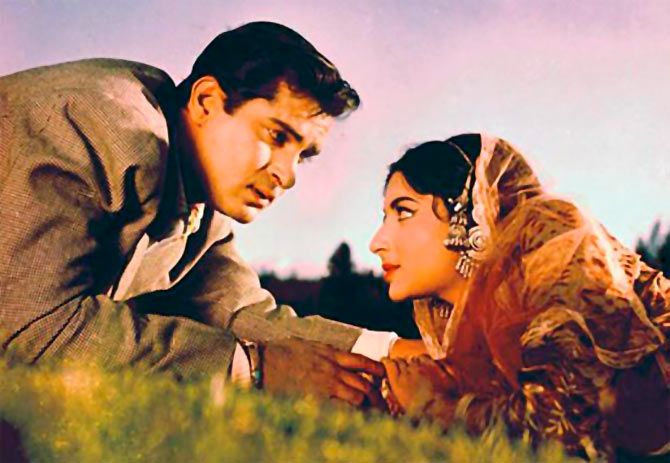 MUMBAI – From a prominent family of actors, he initially considered a career in science before following his father and elder brother into the film industry but faced a tough time with his first 18 films tanking. It was then he reinvented himself to portray a new brand of hero, inspired by both James Dean and Elvis Presley.

In the process, Shammi Kapoor not only laid the way for a host of dancing male leads, from Joy Mukherjee and Jeetendra in his own heyday, and then, down the decades, Rajesh Khanna, Amitabh Bachchan, Mithun Chakraborty, Govinda, Shah Rukh Khan, and his own great-nephew Ranbir Kapoor, but also transformed the very paradigm of the Hindi film hero, and in a way, Hindi films.

Gone was the silent, soft-spoken, upright hero – the meek one like his own elder brother Raj Kapoor, or the brooding one like Dilip Kumar – to be supplanted by a flamboyant, swaggering figure, with a casual approach to life, and not hesitant or apologetic in enjoying its pleasures – even ahead of the jaunty Dev Anand, who could never match that level of exuberance.

And for this type of hero, the light musical film – intended as pure entertainment without any messages – came into its own, and became the norm, rather than the exception.

Shammi Kapoor, who was born on October 21 in 1931, himself said that he found the heroes of his own epoch (the 1950s) too “laid-back and defeatist, forever wallowing in self-pity” and decided to “implant a spine”, and “add some machismo” to them.

His elder brother had founded an institution, but Shammi Kapoor became one himself as the virtual paladin of the “Swinging Sixties” in the country. Overshadowed by his father Prithviraj Kapoor and brother Raj as he made his foray into the Hindi film industry, Shammi Kapoor made his debut with “Jeewan Jyoti” (1953) with Chand Usmani, but the movie flopped.

So did the subsequent 17 films spanning a variety of genres, from tragic and historical romances (“Laila-Majnu”, 1953, with Nutan, “Mirza Sahiban”, 1957 with Shyama) to frothy comedies (“Mem Sahib”, 1956 with Meena Kumari), thrillers (“Miss Coca Cola”, 1955 with Geeta Bali, or “Ham Sab Chor Hain”, 1956, with Nalini Jaywant, offbeat films like “Rail Ka Dibba”, 1953, with Madhubala, and costumed dramas like “Shama Parwana” with Suraiya).

A distraught Shammi Kapoor, who had got married to Geeta Bali in 1955, was contemplating quitting the industry and taking up a job at an Assam tea plantation. However, two things kept him in films – then scriptwriter Nasir Hussain’s desire to change into an actor with a film with a new type of hero, and Dev Anand refusing the hero’s role as “not his type”.

Shammi Kapoor convinced an initially reluctant Hussain to give him the role – and “Tumsa Nahin Dekha” (1957) gave birth to the Shammi Kapoor we know.

He cemented his position with Hussain’s “Dil Deke Dekho” (1959), (while also displaying his talent with “Char Dil Char Rahen”, where Raj Kapoor and Ajit were his male co-stars) and then “Junglee” (1961) – where his full-throated “Yahoo” yell became iconic (incidentally, it was neither by Shammi Kapoor or his voice, Mohammad Rafi, but Prayag Raj, who later became a director).

After a decade or so’s reign as the dancing, leaping, whooping, teasing, romantic hero – with all his dancing choreographed by him after relentless practice – Shammi Kapoor twigged the winds were changing as a new generation of stars emerged.

In “Andaz”, Rajesh Khanna stole the show with his 15-minute cameo, while Shammi Kapoor, in an uncharacteristic role as a widower with a child, delivered a sublime but overshadowed performance.

Shammi Kapoor, then bulkier and more bearded (kept following his parents’ passing), switched to more mature character roles. Be it the tavern-owner Dhoop Chaaon in “Manoranjan” (1974) – the remake of Shirley MacLaine’s “Irma La Douce” he directed himself, the horse-breeder in “Zameer” (1975), Amitabh Bachchan’s foster-father in “Parvarish” (1977), the fake holy man, Dr Dubari in “Shalimar” (1978), the Sisodia Maharaja in “Meera” (1979), the dance judge in Sanjay Dutt’s debut “Rocky” (1981), engine driver – and Dilip Kumar’s colleague Gurbaksh in “Vidhaata” (1982) – which fetched him his second Filmfare Award (but for Best Supporting Actor), and many more, down to the music ustad in his grand-nephew Ranbir Kapoor’s “Rockstar” (2011) – released a couple of months after his demise that year, he left his mark.

But Shammi Kapoor was not only the rather hedonistic character he played in his heyday – but he was also quite well-read and caught out Sharmila Tagore once on a book she claimed to have read, and in the 1990s, ascertained the power of internet and social media, becoming President of the Internet Users Association of India and setting up a website about his family.

However, it is the Shammi Kapoor of the 1960s that will rule out hearts – especially in his unforgettable songs.