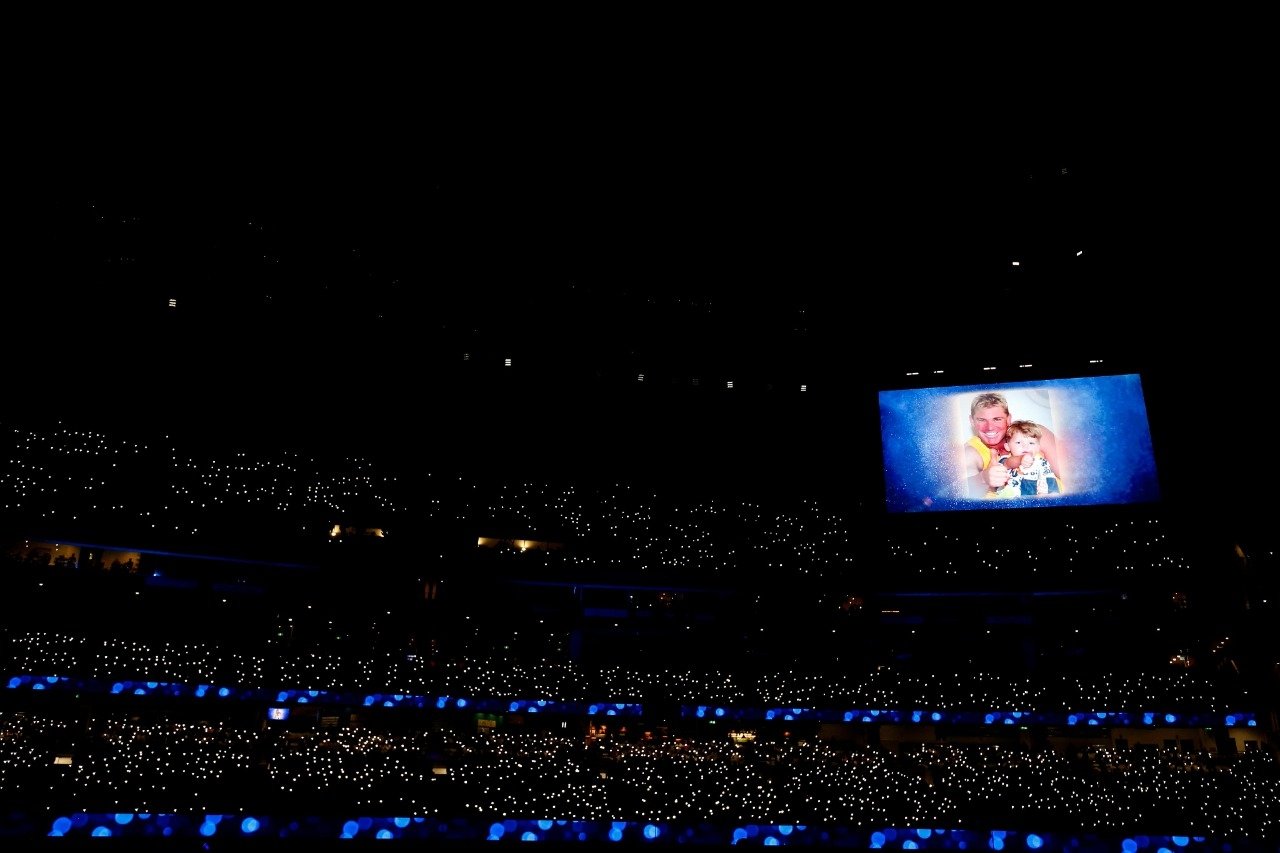 Warne, who is considered as one of the greatest cricketers of all-time, died aged 52 earlier this month from a suspected heart attack while on holiday in Koh Samui, Thailand.

During the service of the late spinner, his father, brother and three children gave moving speeches in front of thousands of people in attendance at the MCG, where Warne produced some of his milestone moments – including taking his 700th wicket in test cricket in 2006.

Warne’s father Keith said the former Australia international packed more into his life “than most people would in two lifetimes”.

“Shane said of himself, ‘I smoked, I drank, and I played a little cricket’. Mate, your mother and I can’t imagine a life without you. You have been taken too soon and our hearts are broken,” he added.

The legendary cricketer finished his stellar 15-year international career in 2007 with 708 Test wickets and was named as one of Wisden’s five cricketers of the 20th century alongside Don Bradman, Garfield Sobers, Jack Hobbs and Viv Richards.

“It has been exactly 26 days since you went to heaven and I miss you more than anything in the whole world. I would do anything just to have one more of your cuddles and to hear your voice tell me how proud of me you were and how much you loved me,” said Warne’s daughter Summer.

“I know you will be forever watching me and be by my side the whole time,” she added.

A number of Warne’s other Australia team-mates, bowler Glenn McGrath, wicketkeeper Adam Gilchrist and ex-captain Steve Waugh, were also in the audience, along with Australian Prime Minister Scott Morrison.

Musician Elton John performed “Don’t Let the Sun Go Down on Me” via video while there were similar musical performances from Ed Sheeran, Robbie Williams and Coldplay’s Chris Martin.

At the start of the ceremony, the Australian national anthem was sung by Greta Bradman, granddaughter of legendary Australia batter Sir Donald Bradman. The service ended with the unveiling of the Shane Warne Stand at the MCG by Warne’s children.