HomeIndiaShinde’s Rebellion a Wake-Up Call to All Dynasts

Shinde’s Rebellion a Wake-Up Call to All Dynasts 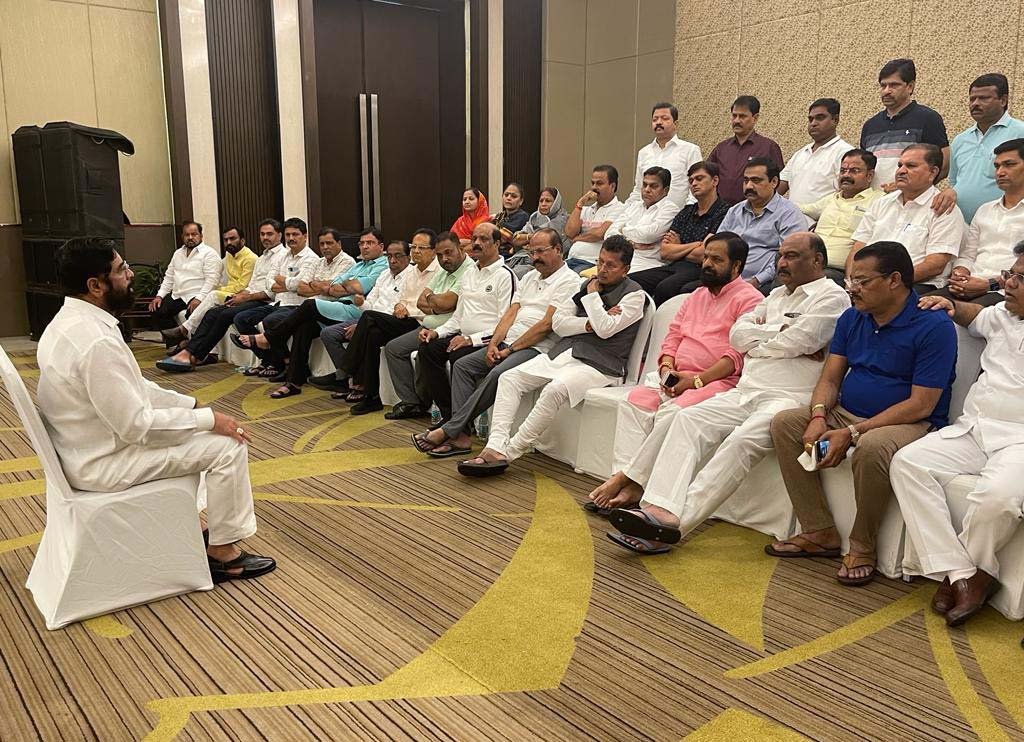 Shinde’s Rebellion a Wake-Up Call to All Dynasts

The happenings in Maharashtra have thrown up several questions. Is it really a rebellion against a dynasty or a political tussle to get power?

Eknath Shinde has made it a fight for “setting the party on the right path”, which clearly means a return to its late supremo Bal Thackeray’s core Hindutva ideology, giving up on the Maha Vikas Agadhi (MVA) alliance and going back to the “old friend”, the BJP. Chief Minister Uddhav Thackeray’s dwindling camp and his MVA partners have accused the BJP of engineering the plot.

As the political tussle rages, the country is watching the saga, which may have a bearing upon the system of dynasts in vogue in several political parties. Whatever the result, it may set a new course in the political setup of the country.

But the big question is: Can India shake off dynasty politics?

Can these political parties exist without the families that have been controlling them? Can we imagine the Congress without the Gandhis, National Conference without the Abdullahs, RJD minus Lalu or the Samajwadi Party without Mulayam-Akhilesh, TRS without the Raos, etc, etc? In fact, it may be a difficult proposition, perhaps in most of these parties, the family without the party seems to be an unacceptable concept. The party without the family nameplate, or the owner family sans the party, both seem like impossible ideas.

Except for the Congress, which briefly had two non-Gandhis at the helm, the rest have not deviated from the family ownership pattern. These parties have seen family feuds, some breaking away and joining rivals or forming new parties, but the family’s hold has not been diluted. Non-family leaders keep trudging along, bowing to the dynasty, and fading away in the course of time.

The sudden implosion in Maharashtra’s Shiv Sena has stunned political observers. Can an entrenched dynasty be challenged this way? Perhaps Eknath Shinde has shown the way.

Uddhav Thackeray’s Man Friday is now the rebel. Fifty-six years after the party was formed, the Thackerays are on the brink of losing their Sena.

It was on June 19, 1966, when Bal Thackeray formed the party that later made Hindutva its core ideology. Ironically, it is in its founding month that the party is wracked by a coup that is based on the allegations that Bal Thackrey’s son Uddhav and grandson Aaditya deviated from the core ideology and went with those whom the founding father had all along opposed.

With support for him growing from within the party, Shinde wants to name his faction as Shiv Sena Bal Thackeray. The tussle within the party is heading towards a legal finish, the result may be whatever, but Shinde has shown that dynasties can be challenged.

The Congress has seen the G-23 rise, even though it has failed to produce results. On the other hand, the dissenting leaders are slowly ebbing away. Kapil Sibal quit the Congress after he was denied a Rajya Sabha ticket, veterans Ghulam Nabi Azad, Anand Sharma, etc. find no major role in the party now.

The Congress continues to depend on Sonia Gandhi, Rahul Gandhi, and Priyanka Vadra Gandhi, even as questions are being repeatedly raised on their ability to lead the party to election victories. Those who felt ‘suffocated’ left the party and some of them are doing very well in their new political addresses, notably Assam Chief Minister Himanta Biswa Sarma and the Civil Aviation Minister Jyotiraditya Scindia. But they chose to move out rather than rebel within the party.

Dynastic politics is not the hallmark of just the Gandhi family; it is now an integral part of politics in the country. Almost all the states have their own share of parties led by dynasties.

In most of the regional dynasty-led parties, voices are raised from time to time, but the rebels just move away to join other parties. The iron grip of the regional satraps on their parties does not allow anyone outside the family to rise.