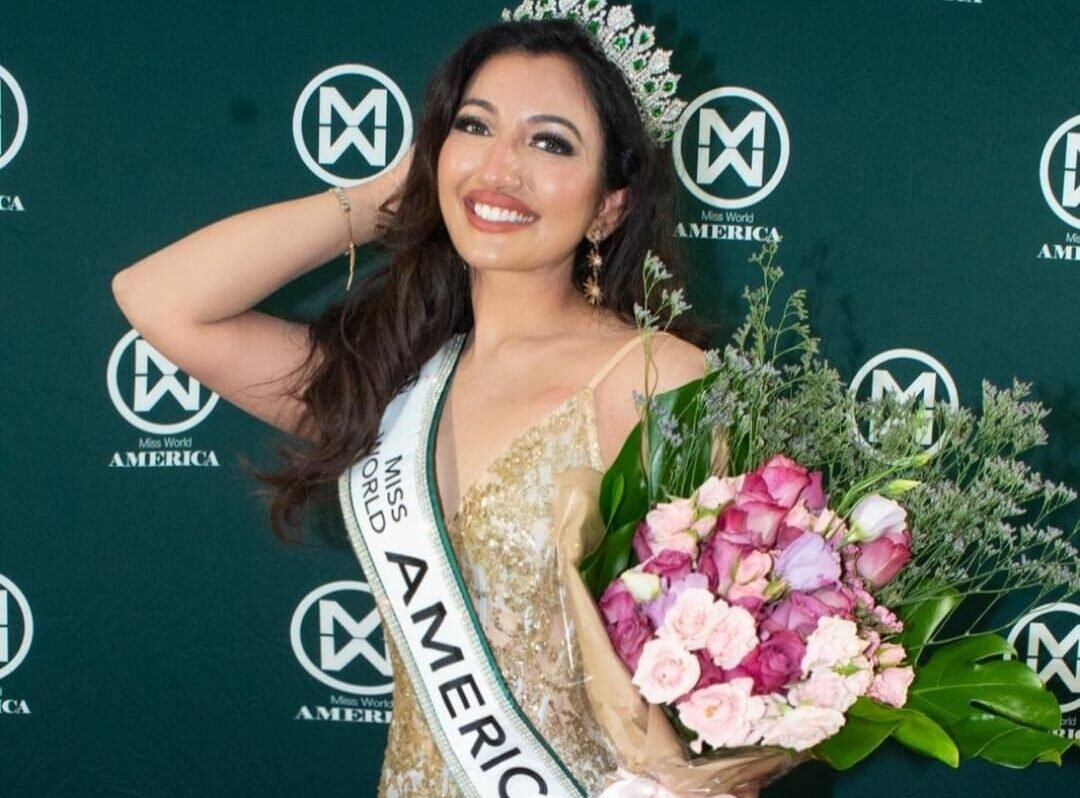 Diana Hayden crowned Shree Saini at the pageant, which was held at the Miss World America headquarters in Los Angeles. (publicity photo provided)

Shree Saini of Washington state has become the first Indian American to win the title of Miss World America 2021 and is perhaps among the most unique pageant winners to be crowned. An advocate for heart health, Saini has had a permanent pacemaker since she was 12, and overcame a major car accident which left her with burns all over her face, according to a press release. But she rarely if ever lets any of that hold her back or define her, it noted.

Diana Hayden crowned Shree Saini at the pageant, which was held at the Miss World America headquarters in Los Angeles. She is also the first Indian American contestant to represent America on a global stage.

“I am happy and quite nervous. I can’t express my feelings (in words),” she said after the crowning moment. “All the credit goes to my parents, especially my mother because of whose support I am here. Thank you Miss World America for this honor.”

The official Instagram handle of Miss World America shared the news with a caption that read: “Shree, who is currently Miss World America Washington, also holds the prestigious position of ‘MWA National Beauty with a Purpose Ambassador’, a position she earned by working tirelessly to help those less fortunate and in need. Among her many accomplishments, her work has been recognized by UNICEF, Doctors without Borders, Susan G Komen, and many others.”

Saini was earlier crowned Miss World America for the state of Washington, and Miss India Worldwide 2018 at a pageant held in Fords City of New Jersey.