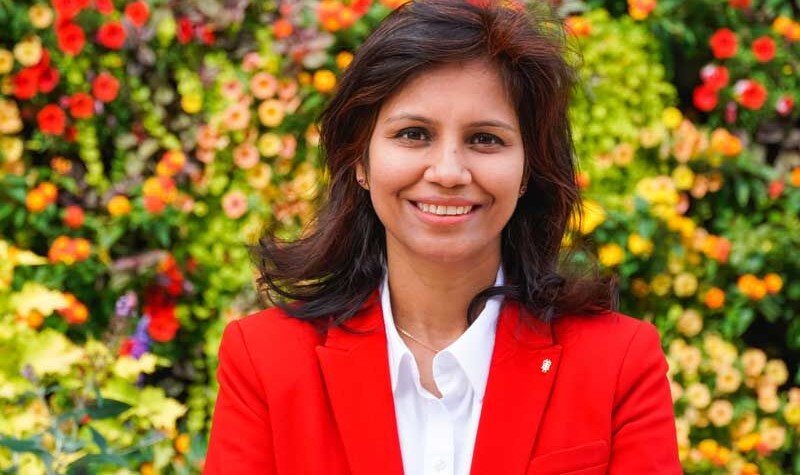 Indian Americans Shweta Baid and Arjun Nair were pitted against each other in the election for the 10th Ward Alderman seat in Aurora, Illinois.

Baid led Nair by 35 points as polls closed April 6, with a firm lead to take over the seat left by Judd Lofchie.

Baid, 45, is a small business owner. She is involved with the community as a community volunteer; Indian American Community Outreach Advisory Board member; and volunteer at several Indian Prairie schools for art awareness, cultural programs and STEM projects.

Additionally, Baid has been a math and computer science teacher, and also has worked as an information technology manager for various companies, including large banks, her bio notes.

She said she favors youth mental health and connecting senior citizens to services available to them. Baid also said she wants to develop better communication in the 10th Ward.

The 24-year-old Nair is a student and community activist who has worked on political campaigns.

Nair has called for Aurora to be a leader in the green economy, bringing green jobs to the city and helping businesses convert to solar energy. He also supports a municipal broadband that would allow the city to help connect everyone.

While the city’s police Civilian Review Board was just created, Nair has said he wants it to be stronger. He wants some members of the board elected by the public, and wants the board, as well as the City Council, to have greater power in negotiating contracts. He also wants to work to get a residency requirement for police and fire officers, his bio notes.

Nair said the city needs to reduce crime by attacking its root causes, and supports programs for youth services.

He has come out against the city helping Hollywood Casino-Aurora move near Interstate 88 on Farnsworth Avenue, and has said he would listen to residents about whether they want it or not, it said.