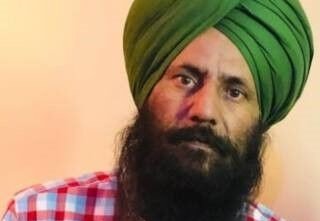 PHOENIX – Lawyers are seeking a federal civil rights investigation of the policies that let Arizona corrections workers forcibly shave off the beard of an Indian prisoner who is Sikh and told the employees that his religion forbids shaving.

Attorneys representing Surjit Singh alleged his religious freedoms were infringed on Aug. 25, 2020 when prison employees restrained him and cut off his beard before taking his photo as he was entering the state’s prison system. A complaint filed May 24 with the U.S. Justice Department’s civil rights division said Singh’s faith requires him to wear a beard and that uncut hair is historically a central feature of the Sikh identity.

His lawyers said Singh suffered shame and depression as a result of having his beard cut off for the first time in his life. The complaint said Singh became distraught and asked a medical staff member to “cut my throat, but don’t cut my beard!” Corrections officers “eventually handcuffed and surrounded Mr. Singh, who began to cry and moved his head to avoid having his beard cut and shaved,” Singh’s lawyers wrote.

Singh alleged prison staff tried to shave him again on Oct. 6 when he was transferred to the Douglas prison, because his beard had grown beyond the one inch that’s allowed under prison policy. Prison employees relented after a lawyer intervened on the prisoner’s behalf. His lawyers said prison officials had attributed the encounter to a miscommunication between corrections staff members and a chaplain.

Singh, a native of India who has limited English proficiency, also accused the Arizona Department of Corrections, Rehabilitation and Reentry of denying him access to a Punjabi interpreter, saying he struggled to communicate with prison staff during the forced shaving encounter and that the only language assistance he received at that time came from a staff member who spoke Hindi.

In a statement, the corrections department said it has since resolved the issues raised by Singh and expressed regret in apology letters sent to the Sikh Coalition in New York. The agency said Singh’s experience arose from an honest but unfortunate miscommunication between people working at the prison facility.

“There was no ill will, merely a miscommunication, for which the department apologized in writing, twice,” the agency said, adding Singh can now grow his beard and wear a turban.

The Justice Department didn’t immediately return a message seeking comment on the complaint.

Singh, who worked as a commercial truck driver, was sentenced to five years in prison after being convicted of reckless manslaughter in a vehicle wreck that killed a person in December 2017 in Yuma County. Prosecutors said Singh drove a commercial tractor-trailer rig through a stop sign and claimed his brakes didn’t work, but prosecutors said there was no evidence of a brake failure.

Singh’s lawyers said shaving his beard put pressure on him to abandon his religious beliefs and alongside the policy barring beards of more than one inch without religious exceptions, runs afoul of the law.

They said Justice Department officials should take action to ensure that Arizona’s prison system adopts easy-to-follow religious exceptions within its facial hair policies and that documents are translated for prisoners with limited English proficiency.