HomeIndiaIndia and the worldSikh American Taptejdeep Singh Among Victims of California Railyard Shooting; Died Trying to Warn Others 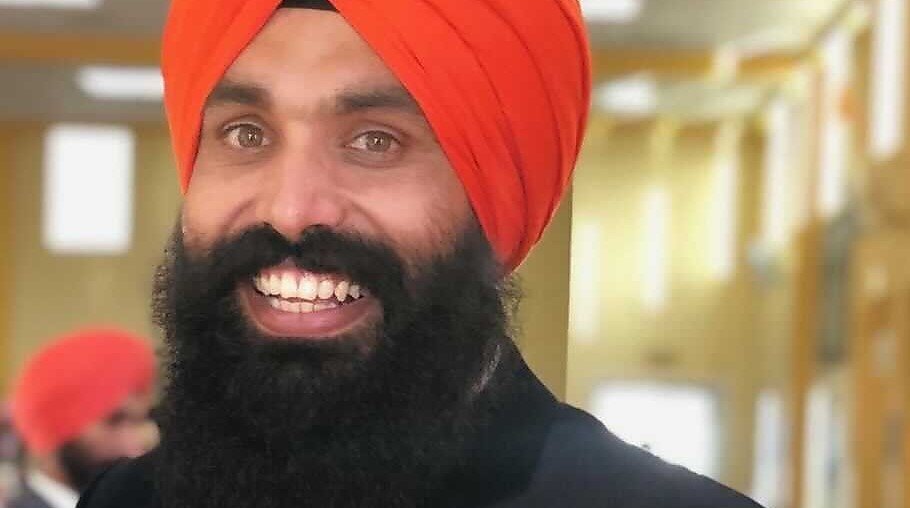 Taptejdeep Singh, one of the victims of the railyard shooting. Coworkers told his family Singh had left the safety of his office to warn others about the shooter. He met the gunman in a stairwell and perished, the San Francisco Chronicle reported. Indian American state Assemblymember Ash Kalra posted a link on social media to Working Partnerships USA, which has set up a fundraiser to aid families of the victims. (Singh family photo)

SAN JOSE, Calif. — A Sikh American was identified as one of the victims of the shooting at a California rail yard May 26, when an employee opened fire, killing eight people before taking his own life as law enforcement rushed in (see India-West story here: https://bit.ly/3oXwnRc). Authorities said it marks the latest attack in a year that has seen a sharp increase in mass killings as the nation emerges from coronavirus restrictions.

The shooting took place around 6:30 a.m. in two buildings at a light rail facility for the Valley Transportation Authority, which provides bus, light rail and other transit services throughout Santa Clara County, the most populated county in the San Francisco Bay Area.

“When our deputies went through the door, initially he was still firing rounds. When our deputy saw him, he took his life,” Santa Clara County Sheriff Laurie Smith told reporters. Deputies “were going through hallways saying, ‘Sheriff’s office!’ He knew at that time that his time for firing shots was over.”

Their jobs included bus and light rail operators, mechanics, linemen and assistant superintendent. One had worked for the transit authority since 1999.

Singh had worked as a light rail train driver for eight or nine years and had a wife, two small children and many family members, said his cousin, Bagga Singh.

“We heard that he chose the people to shoot, but I don’t know why they choose him because he has nothing to do with him,” he said. He said he was told that the gunman targeted certain people and let others go.

The attacker was identified as 57-year-old Sam Cassidy, according to two law enforcement officials. Investigators offered no immediate word on a possible motive.

His ex-wife, Cecilia Nelms, told The Associated Press that Cassidy had a bad temper and would tell her that he wanted to kill people at work, “but I never believed him, and it never happened. Until now.”

Nelms, teary-eyed and shaken by the news, said her ex-husband would come home wound up and angry about things that happened at work. As he talked about it, “he would get more mad,” she said. “He could dwell on things.”

Cassidy had worked for Valley Transportation Authority since at least 2012, according to the public payroll and pension database Transparent California, first as a mechanic from 2012 to 2014, then as someone who maintained substations.

Gov. Gavin Newsom, speaking emotionally in front of a county office where flags flew at half-staff, said victims’ relatives were “waiting to hear from the coroner, waiting to hear from any of us, just desperate to find out if their brother, their son, their dad, their mom is still alive.”

“It begs the damn question, ‘What the hell is going on in the United States of America?’”

Another man wounded in the attack was in critical condition at Santa Clara Valley Medical Center, spokesperson Joy Alexiou said.

At the White House, President Joe Biden ordered flags to be flown at half-staff and urged Congress to act on legislation to curb gun violence.

“Every life that is taken by a bullet pierces the soul of our nation. We can, and we must, do more,” Biden said in a statement.

India-West Staff Reporter adds: The San Francisco Chronicle reported that Taptejdeep Singh was the father of two toddlers and husband of Harmanpreet Kaur. “Everyone is in shock; we can’t believe he’s gone,” said Singh’s uncle, Sukhwant Dhillon, joining other family members at his nephew’s Union City home, according to the report. Coworkers told the family Singh had left the safety of his office to warn others about the shooter. He met the gunman in a stairwell and perished, the report said. “He always thought about others; he always wanted to help,” said Dhillon.

Singh migrated with his parents, older sister and younger brother, from Amritsar, India in 2005. Pursuing a nursing degree, he graduated from Cal State East Bay. He had worked at the VTA for eight or nine years, Dhillon said: “He lost his life saving others.”

Sunita Sohrabji of India-West previously reported: The Sikh Coalition posted a statement to Twitter: “The Sikh Coalition was deeply saddened to learn of this morning’s shooting at a San Jose, CA VTA facility. We understand that there are many Sikhs employed at this facility, and the community is in our prayers and our hearts as we work to learn more.”

Sikh Coalition spokeswoman Rajanpreet Kaur told India-West the organization has been in touch with local law enforcement agencies, but has not yet received the names of the victims.

Assemblymember Ash Kalra, who represents portions of the Silicon Valley in the California state Legislature, said on social media: “As a former VTA Chair & Board Member, I am totally devastated to continue to learn more about the tragic shooting at the Valley Transportation Authority facility this morning.”

Kalra posted a link to Working Partnerships USA, which has set up a fundraiser to aid families of the victims. The fundraiser can be accessed here: https://bit.ly/2RFK2QJ.

Rep. Ro Khanna, who represents portions of the Silicon Valley, which is served by VTA, released a statement about the tragedy. “While much still remains to be confirmed at this time, one thing is abundantly clear: the gun violence epidemic will continue to rage unless we take concrete action to protect our country. It was our community today, but it will be someone else’s tomorrow.”

“My heart is shattered thinking of the lives lost, as well as the families & communities upended by this senseless tragedy. These were some of our frontline heroes, who kept the South Bay moving through the worst of the pandemic,” said the Indian American congressman.