HomeIndiaIndia and the worldSingapore Confirms Rajapaksha Not Given Asylum; Saudi Arabia Helping Him

Singapore Confirms Rajapaksha Not Given Asylum; Saudi Arabia Helping Him 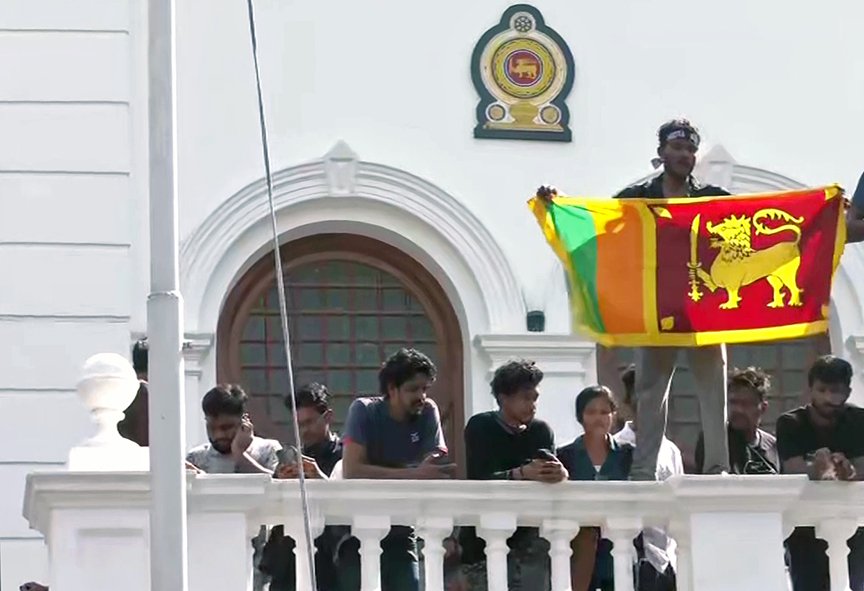 Singapore Confirms Rajapaksha Not Given Asylum; Saudi Arabia Helping Him

SINGAPORE, (ANI) – Singapore’s Ministry of Foreign Affairs confirmed that Sri Lankan President Gotabaya Rajapaksa has been allowed entry into Singapore on a private visit and he has not asked for asylum and nor has he been granted asylum.

Rajapaksa who flew from the Maldives arrived in Singapore on board a Saudi Airlines flight on July 14 evening, media reports said.

Rajapaksa is however expected to be in Singapore only on transit and is expected to fly into the Middle East later.

Gotabaya Rajapaksa, 73, had gone into hiding after crowds of protesters stormed his residence on July 9 and he had announced that he will hand over his resignation letter on Wednesday.

Earlier, Rajapaksa along with his wife escaped to the Maldives. Subsequently, the speaker appointed Prime Minister Ranil Wickremesinghe as the interim President of Sri Lanka.

Earlier in the day, “GotaGoGama” protesters announced that they will peacefully hand over government-occupied buildings including President’s house, Presidential Secretariat, and Prime Minister’s office, aiming to restore peace in the country.

Sri Lanka Army deployed tanks near Parliament on July 14 to prevent protesters from entering the Parliament.

Sri Lankan political parties after holding a discussion will reach a consensus and propose a name for the position of Prime Minister to the Speaker of the Parliament, local media reported.