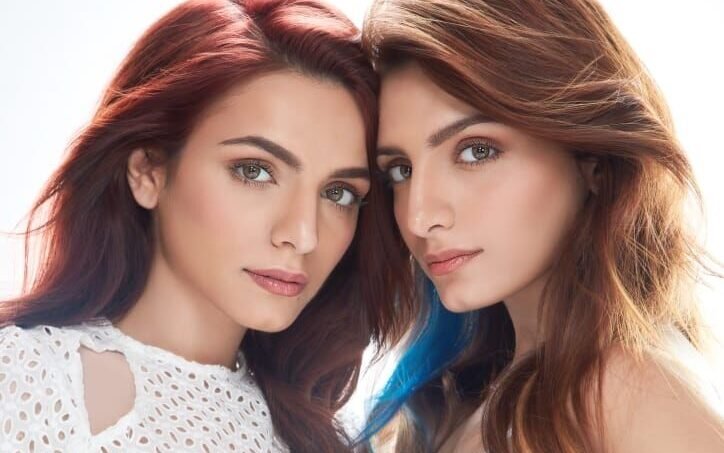 NEW YORK (IANS) — Singing sisters Sukriti Kakkar and Prakriti Kakkar have rendered absolute magic to many melodies turning them into dreamy affairs with their ethereal voices. And now, the twins have made it to the famed New York Times Square billboard. The appearance comes as a part of an initiative that supports equity for women in music on the global canvas.

The two took to Instagram to share the news with their fans. They captioned the post, “YA GIRLS MADE IT TO A BILLBOARD IN TimesSquare ???? This day will always be remembered. #SuPraInNY ?? Thank you @spotify and @spotifyindia for making this possible! Big love to our @vyrloriginals fam and @bandbaaja ????”

Sukriti and Prakriti’s rendezvous with international acclaim happened earlier this year when the sisters collaborated with global musical sensation Dua Lipa. Their track, the Hindi remix version of ‘Levitating’ with Dua Lipa turned out to be an absolute blockbuster and topped the charts for several months.

Continuing the streak of international fame, the singing twins featured on the most coveted billboard. They featured alongside names such as Vladivojna La Chia, Maria Jose Llergo making them the only Indians to be a part of this list which comes across as a huge honour not just to both of them but also for the country and the Indian music fraternity.

Talking to IANS, an extremely elated Sukriti said, “There are dreams that one always sets out with, especially at the start of our careers. The Times Square billboard was surely always a part of that dream for us and seeing it come to life, it is a surreal moment for us.”

She adds that the fact they got featured on the billboard for an important cause is what makes it all the more special. “Apart from pinching ourselves, and actually seeing the image of us on the billboard, the fact that it is for a cause that is to encourage equity for women in music globally, makes it even more special”, she added.

For Prakriti, it’s about making a difference through their voice both literally and metaphorically, as she says, “Representation of women in music, locally as well as globally has reached an all new platform of equity. Women deserve to be paid as much as men, given the same treatment as male singers and this association was just to empower that.”

“It has made it to the most viewed billboard in the world, Times Square and we are so proud to be a part of this. As Indian artistes, and also as young women, it is important for one to always believe in equity in order to see it becoming our reality,” Prakriti concluded.