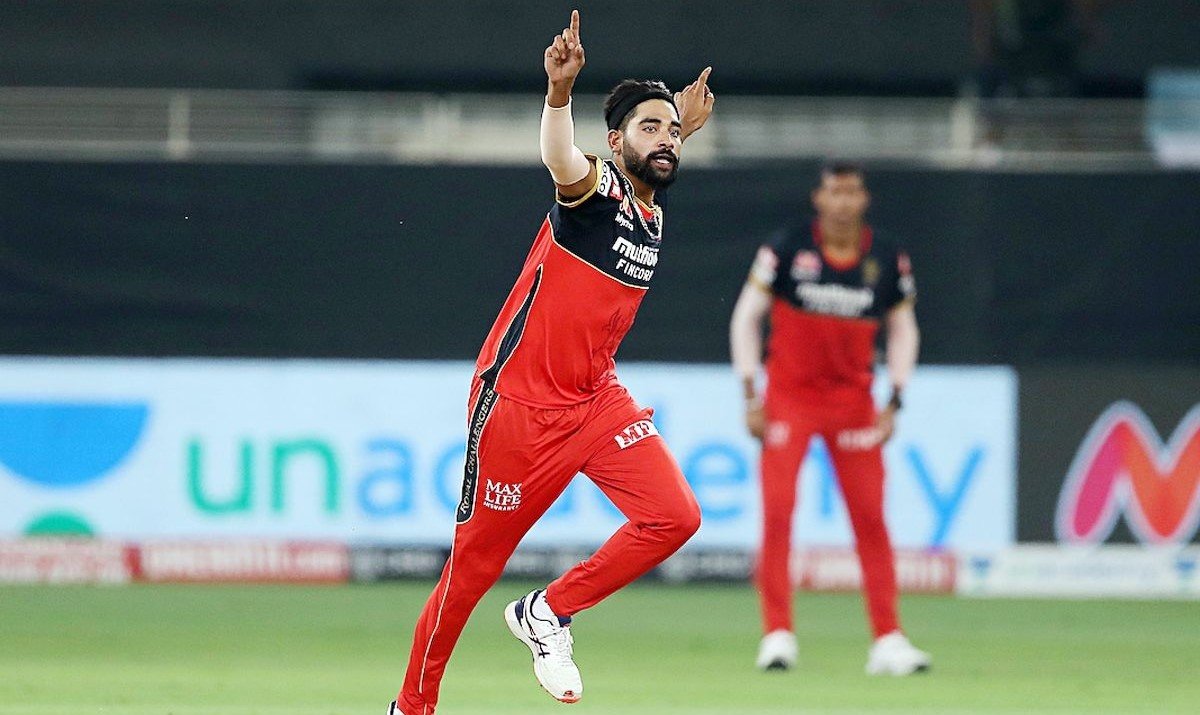 NEW DELHI (IANS) – India pacer Mohammed Siraj has revealed that people asked him to “quit cricket and drive auto” with his father after a poor 2019 IPL season, making him think that his career in the cash-rich league was over.

In the 2019 IPL season, Siraj played nine matches for Royal Challengers Bangalore (RCB), conceding runs at an economy of 9.55 and taking a mere seven wickets. He hit the nadir in a game against the Kolkata Knight Riders when he conceded five sixes and 36 runs in 2.2 overs of bowling before he was forced out of the attack after bowling two beamers.

The pacer had also dropped Chris Lynn early in the chase and RCB went on to lose the game despite having scored 205 batting first and he was subject to serious criticism in the aftermath of the defeat.

“When I bowled those two beamers against KKR, people said ‘quit cricket and go back and drive autos with your father’,” Siraj told The RCB Podcast.

“There were so many such comments. And people don’t see the struggle behind all this. But I remember when I first got selected how Mahi bhai [MS Dhoni] told me to not listen to everything the people have to say about me. ‘You do well today and they’ll praise you and when you don’t the same people will abuse you. So don’t ever take it seriously’.

“And yes, the same people, who trolled me incessantly back then, say ‘you’re the best bowler bhai’. So, I know. I don’t want anybody’s opinion. I’m the same Siraj I was back then,” he added.

Incidentally, it was again a game against KKR which lifted Siraj’s IPL fortunes. He ran through the Knight Riders with figures of 3 for 8 in 2020, also becoming the first bowler to bowl two maiden overs in the history of the tournament.

“2019 the performance with RCB was so bad that I thought that’s the end of my IPL career,” the pacer said.

“But then I realized that I still have age on my side. So, I decided to trust myself a bit and thankfully the RCB management also backed me a lot at that time. I almost thought any franchise in their position would have let go of a bowler after that kind of performance, but they backed me and then 2020 the game against KKR was a life-changing game for me,” he added.

Siraj is one of Royal Challengers Bangalore’s retained players along with Virat Kohli, Glenn Maxwell, going into the next IPL cycle and ahead of the mega auction.