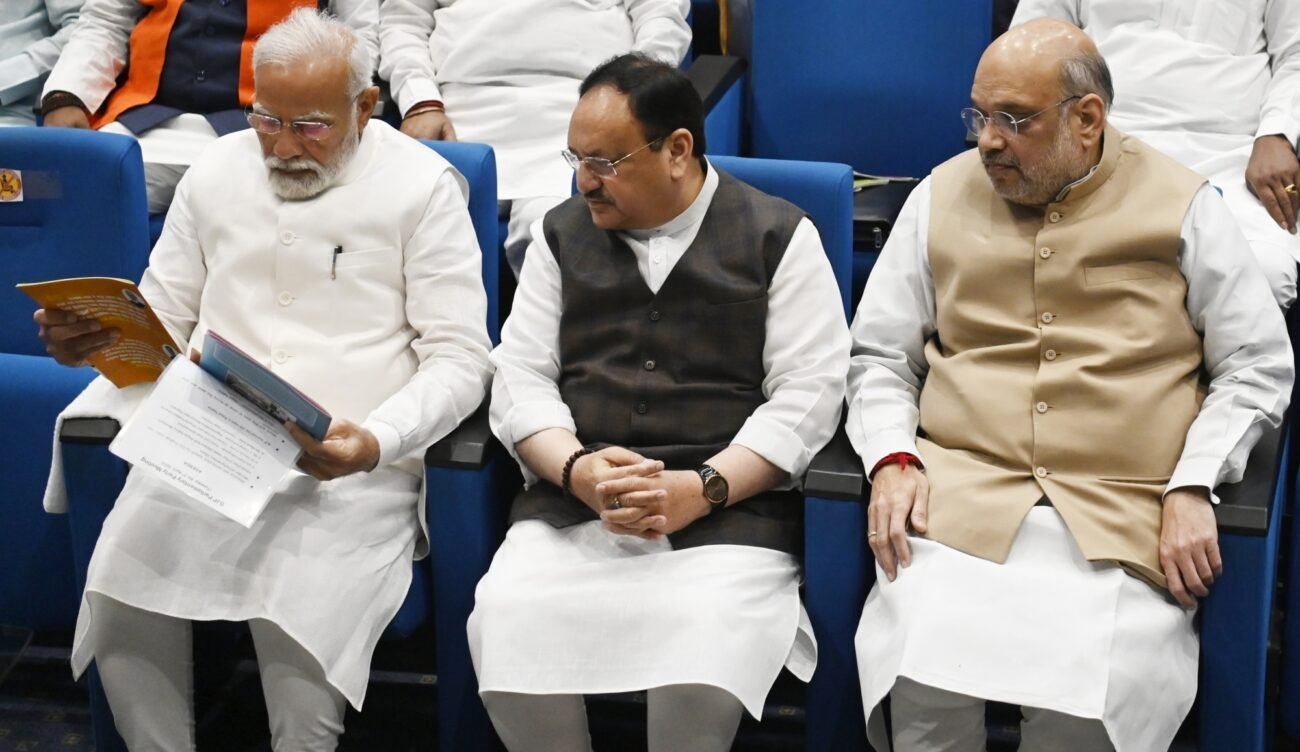 NEW DELHI (IANS) – Even as the BJP is preparing for a mega celebration across the country to mark the completion of eight years of the Narendra Modi government, the party’s ‘Mission Expansion’ is in full swing. After 2014, the BJP has been winning in other states but not in Chhattisgarh, Rajasthan, Delhi, Punjab, and the southern states.

Karnataka is the only state in South India where the BJP has managed to form its government besides Puducherry. But despite all its efforts, Kerala, Andhra Pradesh, Telangana, and Tamil Nadu remain a challenge for the saffron party.

Assembly elections are to be held in the southern states of Karnataka and Telangana in 2023, while in Kerala and Tamil Nadu, the elections will be held in 2026. During his party president tenure, Union Home Minister Amit Shah had prepared a special plan regarding the party’s ‘Mission South India’, which the current BJP president JP Nadda is trying to implement.

The most important thing is that the party’s top leadership — Prime Minister Narendra Modi, JP Nadda and Amit Shah — have taken the responsibility to lead from the front to make the BJP’s ‘Mission South India’ a success.

After Karnataka, now the BJP top leadership has high hopes from Telangana, so the party is going all out in that state. Nadda and Shah are constantly touring the state.

Though the Assembly elections are to be held in Kerala and Tamil Nadu only in 2026, but before that in the Lok Sabha elections of 2024, the party wants to send out a signal to the voters of the rise of the BJP by proving its mettle in these two states.

Congress leader Rahul Gandhi is a Lok Sabha MP from Wayanad in Kerala, so by increasing the party’s base in Kerala, the BJP wants to surround the Left Front government in the state as well as Rahul Gandhi. Union Minister Smriti Irani, who defeated Rahul Gandhi in the Lok Sabha elections in Amethi, had also recently visited Wayanad.

The five states of South India — Andhra Pradesh, Tamil Nadu, Telangana, Kerala, and Karnataka — elect 129 MPs to the Lok Sabha. In the Lok Sabha elections of 2024, these five states can play a big role in forming the government, so it has become crucial for the BJP to increase its support base in these states. They are receiving special attention to strengthen the party there.