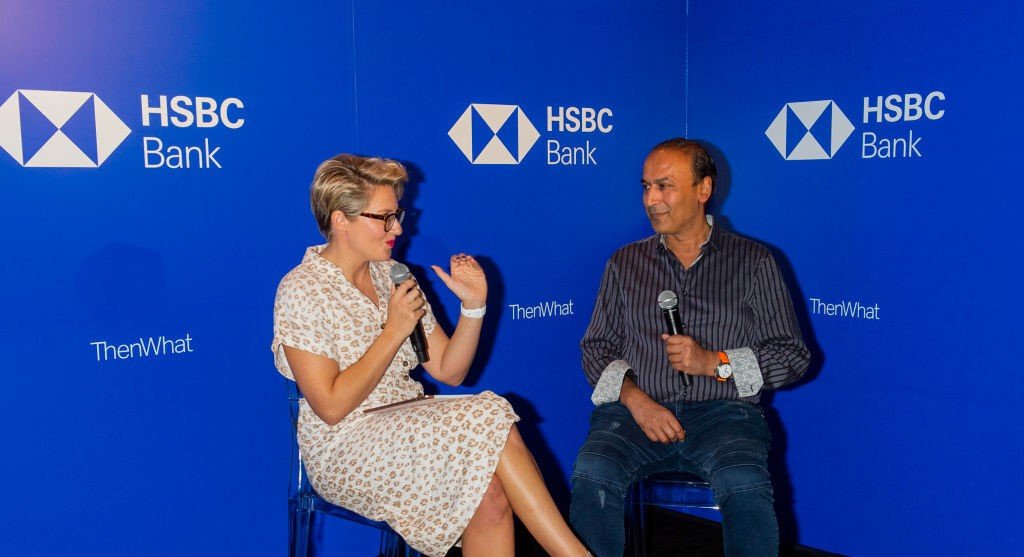 Indian American entrepreneur Manish Chandra is the founder and CEO of Poshmark, which plans to tap into the booming ecommerce opportunity in India by the end of the third quarter. Chandra (right) is seen above with Maghan McDowell at How to Raise a Unicorn-Presented by Vogue Business, HSBC NA and ThenWhat on Sept. 25, 2019 in Los Angeles, California. (Michael Bezjian/Getty Images for ThenWhat)

REDWOOD CITY, Calif. — Poshmark, Inc., an Indian American-founded social marketplace for new and secondhand style for women, men, kids, the home and more, Aug. 2 announced plans to take its social and sustainable shopping experience to India, the second most populous country and one of the fastest-growing ecommerce markets in the world. By the end of this quarter, consumers in India will be able to join Poshmark’s thriving community of millions of users in the U.S., Canada and Australia to make money, save money, find human connection, and fuel entrepreneurship, according to a press release.

The Indian market has over 622 million active internet users and a rapidly growing base of sustainability- and value-conscious consumers, particularly Gen Z and Millennials, it said. The introduction of Poshmark — an “organized, safe, and technologically advanced marketplace” — will offer an attractive offering to this diverse community of shoppers and sellers.

“Having roots deeply embedded in India, I am delighted to be bringing Poshmark to my home country,” said Manish Chandra, Indian American founder and CEO of Poshmark. “India is an ideal fit for our unique social commerce model, both from a cultural and business perspective — India thrives in togetherness, and the country’s dynamic, youthful and inherently social culture aligns with the core value proposition of our company and community. At the same time, the market opportunity is massive and growing, as people increasingly turn to ecommerce while seeking a more socially connected and sustainable experience. We look forward to empowering Indians of all ages and backgrounds to join us in an entirely new way to shop.”

The company also announced the appointment of two new leaders to support its global expansion, including Sylvie De Wever, who joins as Poshmark’s first vice president and general manager of international, and Anuradha Balasubramanian, general manager of Poshmark India.

Balasubramanian has nearly 18 years of leadership experience across the consumer, ecommerce and ed-tech sectors, where she has helped build diverse, innovative programs to drive growth. In 2012, she co-founded and launched a natural line of skin and hair care products in India and brings a vast understanding of India’s growing consumer market to Poshmark.

“We are thrilled to welcome Sylvie and Anuradha to our team and have them spearhead our move into India,” said Chandra. “This expansion is so important to me personally, and I could not be more pleased and honored to have these two on board. They will play a critical role in scaling Poshmark’s social shopping community and redefining the future of shopping around the world.”

International expansion remains one of Poshmark’s primary growth strategies, and the company will continue to invest in the adoption and localization of its unique marketplace to serve additional markets in the future, noted the release. Most recently, Poshmark launched in Australia in February 2021, extending its community and model beyond North America. In May 2019, the company launched in Canada, where its community has grown to over 2.5 million Canadians who have listed half a billion dollars’ worth of inventory.