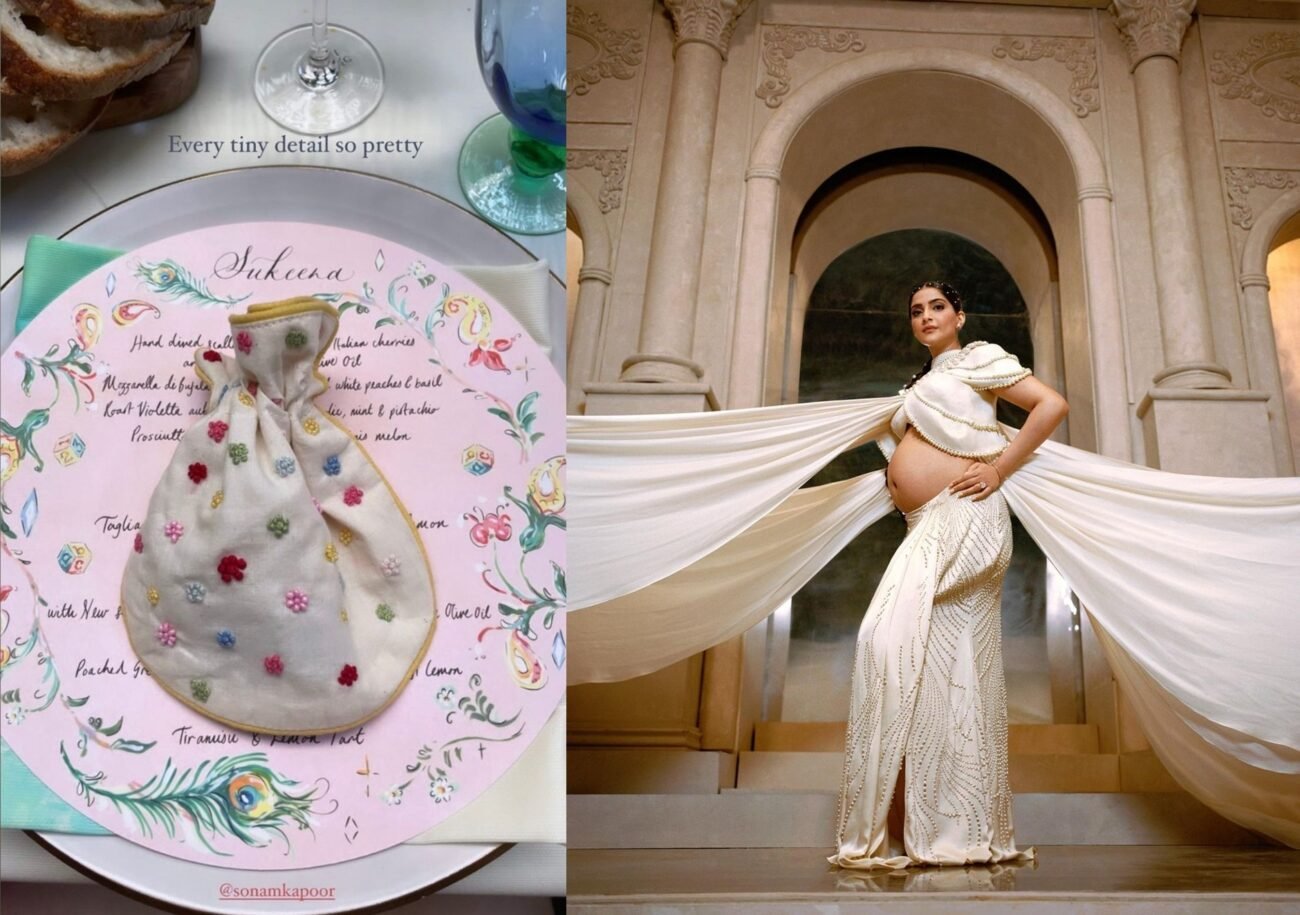 MUMBAI, (IANS) – Bollywood diva Sonam Kapoor, who is all set to welcome her first bundle of joy with husband Anand Ahuja, celebrated her baby shower in London and she shared a few glimpses of it with her fans and followers on social media.

Sonam’s sister Rhea Kapoor and many guests who attended the shower were left impressed with the arrangements.

The sneak-peek showcased that the baby shower was held in their garden in London. It also had a customized menu, napkins, and gifts for every guest.

Rhea took to Instagram Stories to share a picture of a handwritten menu with her name above it and wrote: “Such a beautiful baby shower.”

The ‘Aisha’ star’s name was also written on the hand-painted tablecloth next to each guest’s menu.

Rhea shared more pictures from the shower that had dreamy decorations, and a table filled with cakes and pies for dessert.

The guests were also given an ivory bag and a neckpiece carrying the letters of their names. In the photos and videos shared, Sonam glowed in a pink outfit as she danced.

The announced their pregnancy in March 2022.