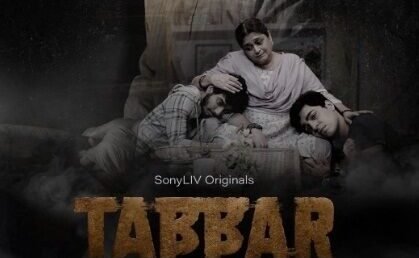 Indian streaming service SonyLIV will be launched in Canada on Oct. 15 with the web show “Tabbar.” (photo via IANS)

TORONTO — Indian streaming service SonyLIV will be launched in Canada on Oct. 15 with the web show “Tabbar.”

According to Variety, the streamer had revealed wide roll-out plans from October, backed by a 40-strong new originals slate.

Available at launch in Canada will be eight-episode series “Tabbar,” directed by Ajitpal Singh, whose debut feature ‘Fire in the Mountains’ had its world premiere at Sundance earlier this year.

Set in and around Jalandhar, Punjab, “Tabbar” tells the journey of the Singh family and how their life takes a 360-degree turn after an unfortunate incident.

“I am always attracted to stories that provide me (with) possibilities and freedom to explore subtext and themes. “Tabbar” is one such story,” Singh tells Variety.

He added: “On the surface, it’s a crime thriller, but once you dig deeper, it’s a human drama and you will find themes like God vs no God, Evil vs Good, and drugs, along with spirituality and suffering. I was confident that if I was given freedom, I will be able to shape this story in a very refreshing way mainly because I also come from Punjab and I understand that land very well.”

Written by Harman Wadala and Sandeep Jain, the series is produced by Ajay G. Rai of JAR Pictures.

Ashish Golwalkar, head of content for Sony Entertainment Television, SonyLIV and Sony Pictures Networks India, said: “The story offers a great mix of talent and storytelling in a never-seen-before narrative. We are hopeful that like our previous offerings, “Tabbar” will also reinstate our promise of bringing varied stories from the heartland of India alive.”

“‘Tabbar’ is set in the backdrop of Punjab and we’re sure our viewers will be glued to their screens.”

“Tabbar” will also be available in 28 global territories including the European Union, UK, the Middle East and North Africa, Singapore, Australia, India and New Zealand.