Sorrow And Tears At Tunisha’s Funeral 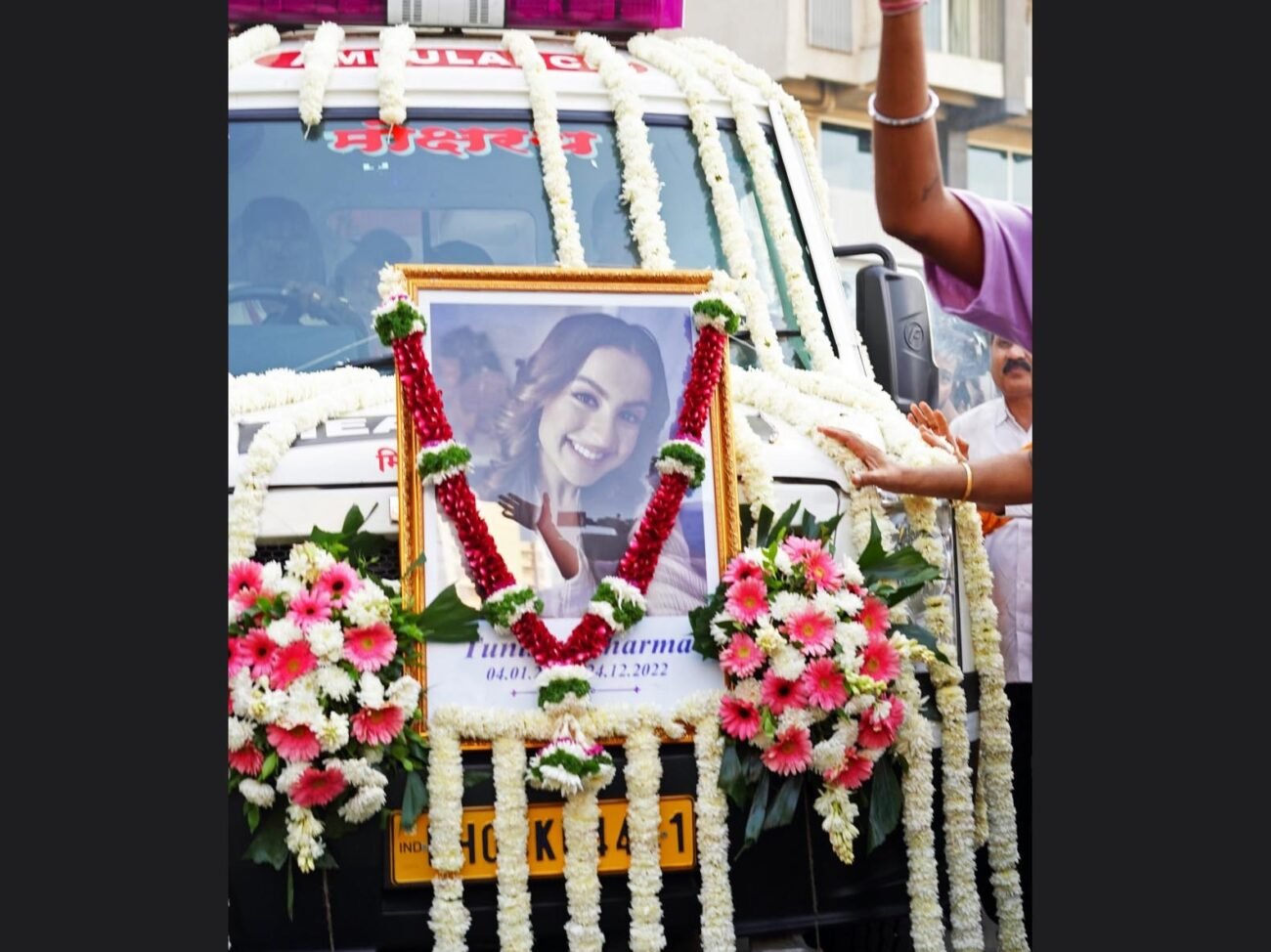 Sorrow And Tears At Tunisha’s Funeral

MUMBAI, (IANS) – Tunisha Sharma’s last rites and cremation on December 27 were attended by her friends and industry colleagues, but the highlight of the late afternoon was her ex-boyfriend and ‘Ali Baba Dastaa-e-Kabul’ co-star Sheezan Khan’s sister, Falak Naaz, breaking down inconsolably when the body of the late actress was consigned to flames.

Sheezan, based on a police complaint filed by Tunisha’s mother, has been charged with abetment of suicide. He’s in police custody.

Others seen at the funeral included actors Vishal Jethwa, who came to the funeral from Tunisha’s home with her mother, Shivin Narang, and Ashnoor Kaur. Her mother looked devastated at the cremation ground, where Sheezan’s family also showed up.

Tunisha, who was last seen on ‘Ali Baba: Dastaan-e-Kabul’, was found hanging from a rope on the sets of the serial in Vasai, Mumbai, on December 24.