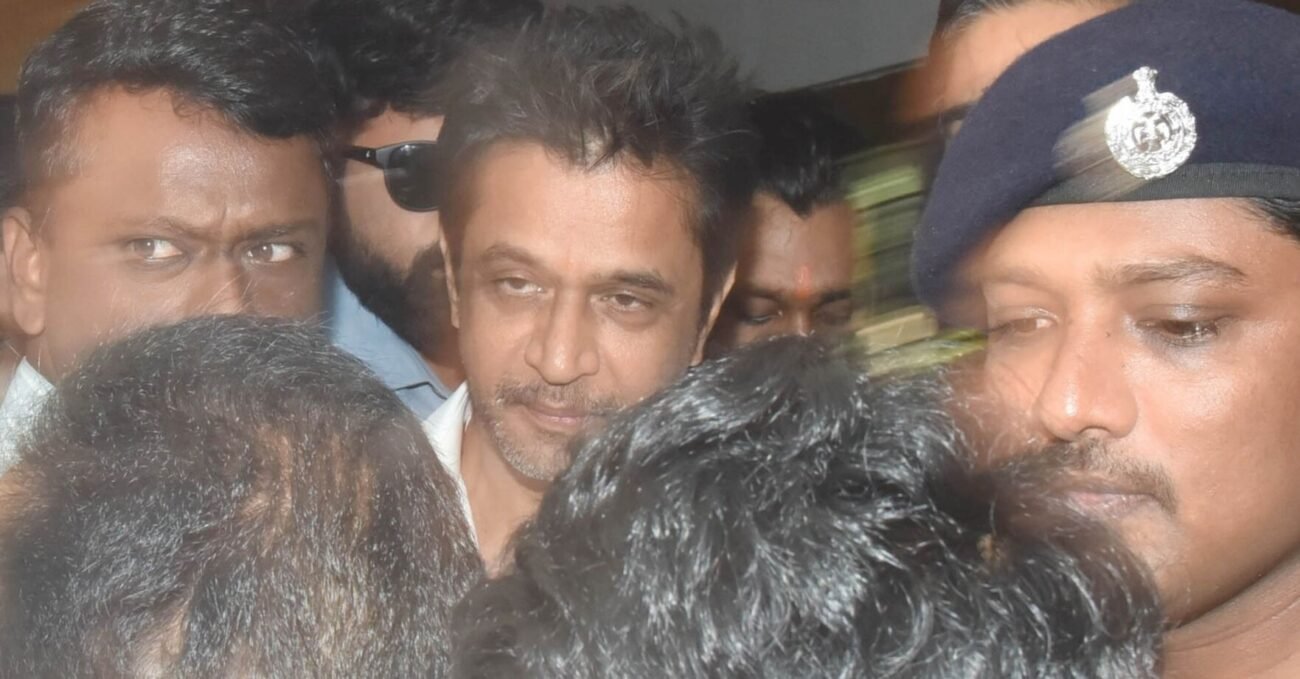 Actor Arjun Sarja arrives to appear before Bengaluru Police for questioning in the sexual harassment case filed against him by Kannada film actress Sruthi Hariharan in Bengaluru on Nov. 5, 2018. He has been cleared of the charges. (IANS photo)

BENGALURU – Popular South Indian actor Arjun Sarja has been cleared of sexual misconduct charges levelled against him by actress Sruthi Hariharan when she came out with her ‘#MeToo’ story.

The Karnataka police have submitted a ‘B-report’ to the First Additional Chief Metropolitan Magistrate court in this regard, police said Nov. 30.

Actress Sruthi Hariharan had made a four-page statement against Sarja on her social media as part of the ‘Me Too campaign’ and revealed how she was affected by the incident voicing her support for the #MeToo Movement. The case was taken up by the Cubbon Park police in Bengaluru for investigation three years ago.

Hariharan alleged that before a shot, the actor, on the pretext of a rehearsal, hugged her and ran his hands up and down her back without her consent. “I was aghast. I am all for depicting realism in cinema, but this felt absolutely wrong. His intent seemed anything but professional. I hated that he did it and was angry that I didn’t know what to say then,” she wrote.

Police also said that the victim has also received official communication about it. After legal proceedings and inquiry, due to the lack of evidence, Sarja has been cleared of all charges against him, the police said.

Sarja is a popular actor in Tamil, Telugu, Malayalam and Kannada films.

After the allegations were made, the Karnataka Film Chamber of Commerce tried to intervene and sort out the issue as it led to protests by Sarja’s fans in Karnataka. Hariharan attended the meeting arranged by KFCC and reiterated her allegations.

Sarja has maintained that he didn’t know why the controversy caught up with him.