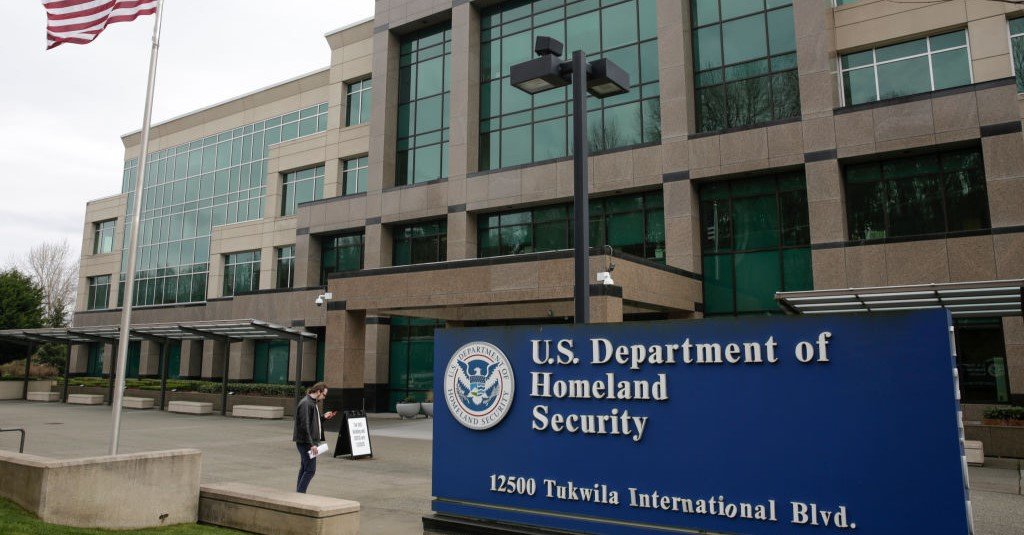 File photo of a Department of Homeland Security building and US Citizenship and Immigration Services field office in Tukwila, Washington, on March 3, 2020. SaveH4EAD last weekend organized a protest march in San Jose, California, on the occasion of International Women’s Day to highlight the plight of Indian immigrant women being forced out of their livelihoods due to delays in processing of their H-4 work authorization. (Jason Redmond/AFP via Getty Images)

There has been an inordinate delay in the issuing of H-4 work authorization permits to certain categories of spouses of those possessing H-1B foreign work visas, the most sought after among Indian IT professionals, a group of Indian women in the U.S. has said.

An H-4 visa is issued by the U.S. Citizenship and Immigration Services to immediate family members (spouse and children under 21 years of age) of the H-1B visa holders, most of whom are Indian IT professionals, according to a Press Trust of India report.

The H-4 visa is normally issued to those who have already started the process of seeking employment-based lawful permanent resident status in the U.S.

A group of such Indian women over the weekend organized a protest march in San Jose, California, on the occasion of International Women’s Day to highlight the suffering of tens of thousands of immigrant women being forced out of their livelihoods, SaveH4EAD, organizers of the event, said, the report said.

Spouses of Indian professionals on H-1B visas, mostly women, are the biggest beneficiary of the Obama-era rule that gave employment authorization cards.

“We are here to reiterate that this is our home, this is where we have spent the last many years of our lives, raised families and contributed positively to the society and economy as skilled legal immigrants,” Pratima Joglekar, California chapter lead volunteer and organizer of the event, said in the PTI report.

The group has sought the Biden administration’s attention to end these arbitrary policies that are disproportionately oppressing women of color and robbing them of their livelihood, it said.

A week after his inauguration on Jan. 20, President Joe Biden withdrew a Trump-era rule rescinding work authorization for H-4 visa holders, who are spouses of those possessing H-1B work visas, with the majority being highly-skilled Indian women, PTI said.

“My wife’s H-4 renewal is pending for five months. We’re going through a very difficult time in paying her residency tuition as she’s not being allowed to work as a teaching assistant. I’m the only earning member and it has been extremely stressful for our family,” Sreenidhi Krishnamoorthy, whose wife is currently a student at San Jose State University, said in the report.

Participants of the march alleged that USCIS has delayed the processing of H-4 and H4 EAD (Employment Authorization Document) applications excessively, to the point that it is effectively killing the program, the report noted.

“These delays have led to a serious humanitarian crisis causing havoc in the lives of thousands of skilled legal immigrant women across the U.S. They’re losing their jobs and health insurances during this pandemic, they are unable to renew driver’s license and state ID, unable to travel to their home country or elsewhere, facing grave financial distress, going through severe mental health issues, deep impact on family and kids, among other issues,” according to a media release.

“Many of these are essential workers, healthcare workers, small business owners, researchers, engineers, and more,” they said, PTI reported.

In a statement, the SaveH4EAD group attributes the current astronomical processing delays by the USCIS to two main factors: the additional biometric requirements implemented by the previous administration through Executive Order 13780, and the delays due to COVID-related restrictions, according to the PTI report.

The group urged the administration to make it a policy to allow for concurrent processing of H-1B/H-4 applications when filed together, implement premium processing for H-4 and H-4 EAD applications as soon as possible through H.R.8337 – Continuing Appropriations Act, 2021 and Other Extensions Act, the report said.

They are also seeking auto-extension of H-4 EAD for 180-240 days while the renewal application is pending, and codifying H-4 EAD into law as either a stand-alone immigration bill or as part of United States Citizenship Act 2021, or any other smaller immigration bill.