HomeEntertainmentCinemaSRK Is Back. Bollywood Has A Hit. Critics, Public Rave About ‘Pathaan’

SRK Is Back. Bollywood Has A Hit. Critics, Public Rave About ‘Pathaan’ 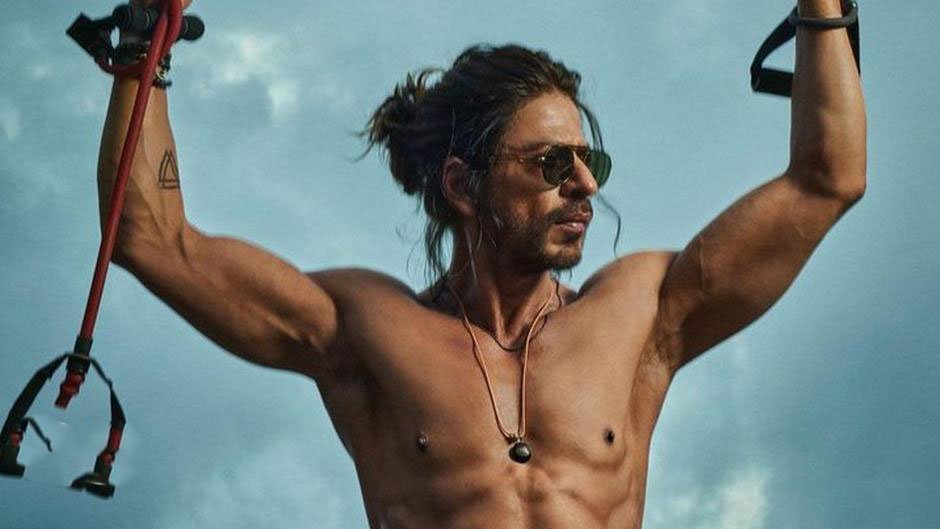 SRK Is Back. Bollywood Has A Hit. Critics, Public Rave About ‘Pathaan’

MUMBAI, (ANI) – Shah Rukh Khan is back! From fans to trade analysts to critics, the only words on everyone’s lips since January 25 morning were ‘Pathaan’ and ‘SRK’!

Shekhar said, “I can’t remember the last time I woke up in the morning, set the alarm for 7 am, and reached the theatre at 7.30 am and found it completely packed. People thronged the theatres to watch SRK’s comeback movie. For me, however, this is also the comeback of big-budget masala Bollywood entertainers. Over the last few months, we have had huge box office successes such as ‘KGF 2’ and ‘Kantara’. But they were not from Bollywood. The Mumbai film industry had to deliver and it has. It was an overwhelming experience to watch people going gaga over the movie and enjoying it to the fullest.”

Complimenting Shah Rukh’s ripped and chiseled look in the film, Shekhar said, “Shah Rukh is the spectacle of the movie. At 57, he has set some serious fitness goals. Those locks, six packs…You’ll completely fall for the guy. But the makers have ensured there are plenty more reasons to watch the movie. There’s non-stop action, chase sequences, featuring buses, trains, missiles…it’s breathless!”

Asked to give his ‘review’ of the film, the critic quipped, “These are critic-proof movies.”

The movie had garnered much controversy around its release, especially for the song ‘Besharam Rang’ which was deemed to have hurt religious sentiments.

On whether the controversy around the film helped in generating positive word-of-mouth publicity, he said, “A silly, simplistic movie like ‘Pathaan’ is not supposed to be a political film. Politics should be left to the politicians. Regular, common moviegoers want to enjoy a mass entertainer like this. This movie gives them everything that they look for in a masala entertainer.”

Ecstatic about the movie’s first-day collection, Adarsh said, “Don’t be surprised, if the Hindi version of the ‘Pathaan’ alone mints Rs 50 crore on the first day. There are two Hindi movies that crossed the Ts 50 crore mark on the opening day — ‘War’ and ‘Thugs of Hindustan’. But both were holiday releases. Being a non-holiday release, if ‘Pathaan’ crosses the magic figure, it will be a historic moment. Tomorrow is Republic Day, so expect an even bigger rush at the theatres. Borrowing from SRK’s dialogue from ‘Om Shanti Om’, I would say, ‘Picture Abhi Baki Hai’.”

He added, “2022 was a depressing year for Hindi movies and viewers were eagerly awaiting the release of ‘Pathaan’. And it’s minting big money at the box office. The advance bookings also gave us an indication of the kind of opening it would have. ‘Pathaan’ is at second in terms of advance bookings, next to ‘Bahubali’ (Hindi).”

On the controversy around ‘Pathaan’, he added, “Any controversy keeps the film and the actors in the news. And I believe box office numbers speak louder than words.”

Another eminent film critic, Brahmatmaj said, “It’s a complete package. The audience will surely be completely engrossed with the movie.” He added, “It’s a win for the audience. Neither the boycott gang nor SRK’s fans, it’s the audience that has made the movie such a massive opening.”

The film presents the story of an Indian spy, who takes on the leader of a group of mercenaries who has nefarious plans to target his homeland, captivating the audience. That the lead actor is the ‘Badshah’ of Bollywood gives the fans all the more reason to scream, dance and sing in the cinema halls. Pathaan (Shah Rukh) is an exiled RAW field operative who is assigned to take down his old nemesis, Jim (John Abraham), a former RAW agent turned rogue.

Jim leads ‘Outfit X’, a private terrorist organization, which is planning to spread a deadly virus dubbed ‘Raktbeej’ across India. The virus, if unleashed, could be much deadlier than any other virus witnessed by mankind.

Right from the opening scene, the unusually fast-paced plot moves with RAW agents, spies, terrorists, and a Pakistani Army officer scheming and plotting in different parts of the world.

Rattled by the revocation of Article 370, which granted special status to the erstwhile state of Jammu and Kashmir, by the Indian government, Pakistan has all the evil intentions and the wherewithal to infiltrate and annihilate the Indian territory. For this purpose, Jim, who has a past and had been double-crossed by Indians earlier, is hired.

And here comes yet another ex-ISI agent, Rubina Khan (Deepika Padukone), leaving many guessing as to who teams with whom.

Pathaan, a diehard patriot who had retired, is called back by his boss Nandini (Dimple Kapadia). Meanwhile, their supreme boss, Colonel Sunil Luthra (Ashutosh Rana), is left worried, still trying to figure out what move to adopt to save human lives with threat of destruction looming large.

With gun-toting agents spreading destruction all around, a svelte and sexy Rubina is seen displaying her charm in a bikini that had riled up the saffron outfits until a few weeks ago when the song ‘Besharam Rang’ was released on internet.

Crammed with high octane action that is virtually frenziedly uninterrupted and relentless, there’s not a single moment that would make the viewers take a breather.

Shah Rukh, who needs a box office blockbuster badly, is perhaps the only actor who could have looked lethal with his six -packs and delivering lines in hushed tones that melt Padukone. His charm remains intact as he tries to briefly romance, while diving and jumping from mountains and rooftops in a bid to oust his enemies.

And it isn’t just his young looks, his energy is so infectious that many among the cafegoers whistled every time he scored a point over his opponent. Such is his impact and following!

Padukone too proves why she was the one chosen by Hollywood to don colorful bodysuits, leggings, and catsuits. John Abraham too is a perfect foil to Khan’s ripping muscles and performs well. To match Khan’s young looks, he too manages to sport a dashing fresh youthful look.

The action scenes are at par with any Hollywood production, while the cinematography by Satchith Paulose captures some exquisite landscapes in Spain, Russia, Dubai, Italy, and France.

Though there is not much scope for songs in such a narrative, Vishal-Shekhar numbers are extremely catchy.