HomeEntertainmentCinemaSRK Jokes About His Kids, Becoming An Action Star

SRK Jokes About His Kids, Becoming An Action Star 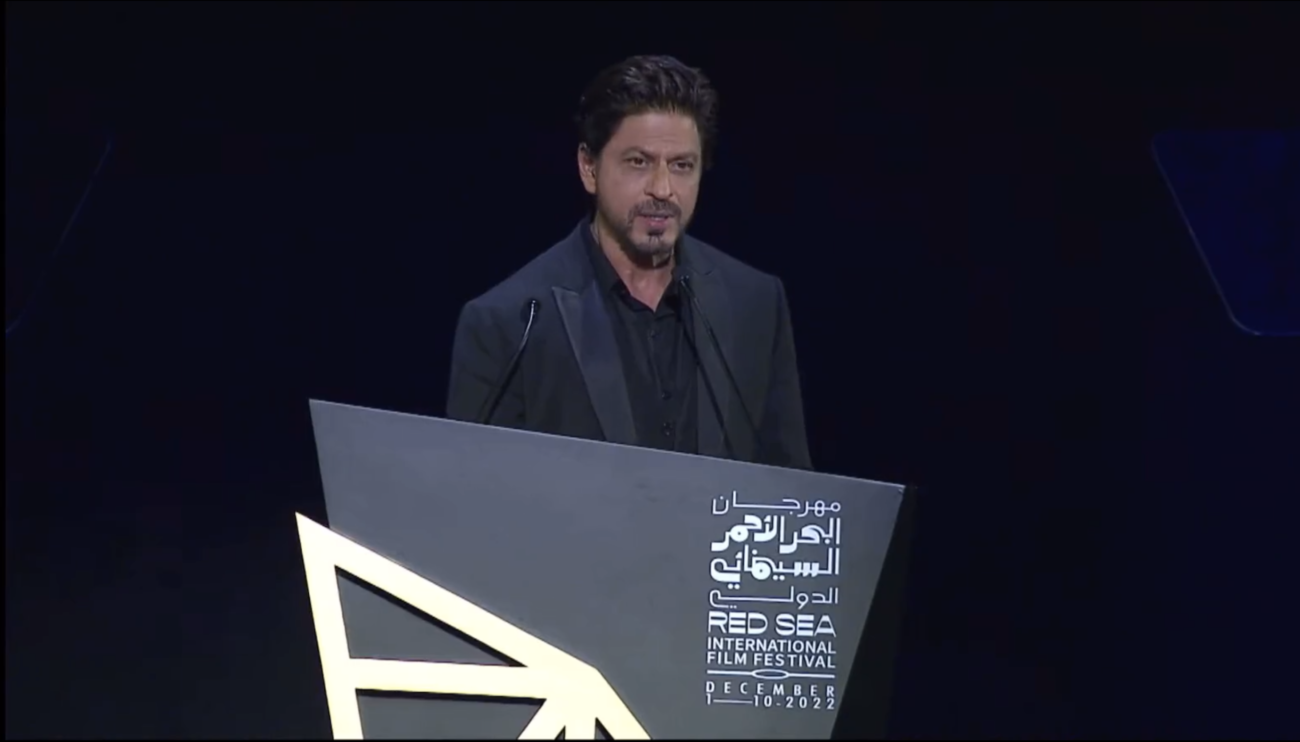 SRK Jokes About His Kids, Becoming An Action Star

MUMBAI (IANS) – Superstar Shah Rukh Khan talked about his first experience of shooting in Saudi Arabia with ‘Dunki’, his upcoming actioner ‘Pathaan’ and why he believes there will always be a place for theatrical releases in the ever-changing content landscape.

The megastar sat down in Jeddah on the eve of the second edition of the Red Sea Film Festival where the star is being honored. He had just wrapped ‘Dunki’, which he describes as “a story of people who want to come back home when you finally get the calling.”

“It’s a big journey film and goes through different areas around the world and finally comes back home to India,” SRK said about the Rajkumar Hirani-directed comedy.

Speaking about his experience of shooting in the country and its burgeoning film industry, SRK said he felt encouraged by the will of the local industry to build and grow.

Next year will see the release of ‘Pathaan’, his first film in four years, which also marks the actor’s first step into the action arena.

His hiatus, he said, was kickstarted by his desire to be more available for his children and, with his eldest two children in college in America, his constant filming schedule made it difficult for him to drop everything and visit them.

Speaking of his daughter transferring from the UK to New York, the superstar said he waited for his daughter to call for eight months.

“She never called me,” quipped the actor. “I didn’t sign any films and I thought, ‘Maybe she’ll call me, maybe she’ll call me.’ So, I called her one day and said, ‘Listen, may I start working now?’ and she said, ‘Why aren’t you working?’ And I said, ‘I thought you’d call me and feel lonely in New York.'”

Soon after, Covid hit, compounding the actor’s hiatus, and then he signed on to star in spy actioner ‘Pathaan’, from Yash Raj Films.

“I’ve never done an action film,” he said. “I’ve done some really sweet love stories, some social dramas, some bad guys but nobody was taking me for action. I am 57 years old, so I thought, for the next 10 years I’m going to do action films.”

Speaking about the change in the theatrical landscape since the advent of streaming, Shah Rukh said that “human beings by nature are social creatures” and there would always be a place for movies playing in cinemas. But he stressed that audiences refrain from watching movies on phones: “They’re too small.”