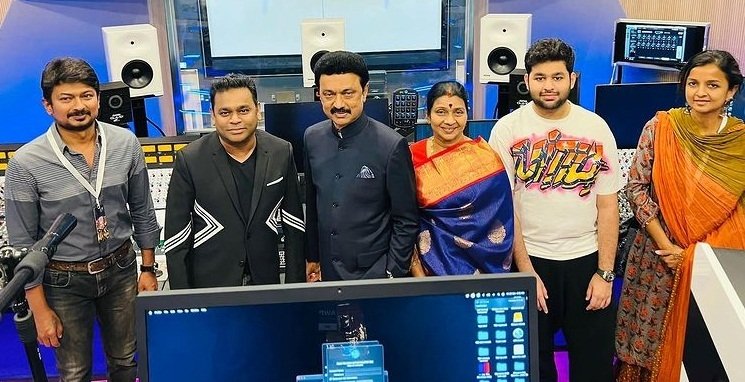 CHENNAI (IANS) – Tamil Nadu Chief Minister M.K. Stalin, who is on a visit to the United Arab Emirates, took time off his schedule to pay a visit to Oscar-winner A.R. Rahman’s studio in Dubai.

Stalin wrote on Instagram, “My friend A R Rahman invited me to his studio and showed me his ‘Moopilla Thamizh Thaye’ album when I had gone to pay a visit to the Dubai Expo 2020. There is no limit to Tamil and music in this world!”

A R Rahman, for his part, said, “M K Stalin avargale, thanks for accepting our invitation to Firdaus studio and honouring us.”

Music for ‘Moopilla Thamizhe Thaaye’ – a Tamil anthem for Tamils and Tamil lovers worldwide has been scored by A R Rahman, while its lyrics have been penned by Thamarai.

The song has been rendered by a host of singers including A R Rahman and his daughter Khatija Rahman.

The video has been directed by Amith Krishnan and has been shot by cinematographers Vijay Karthik Kannan and Bala Subramanyam.