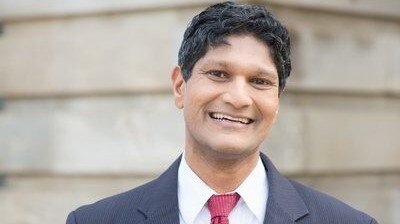 RALEIGH, North Carolina — A state Senate hearing on how racial concepts are taught in North Carolina classrooms devolved into chaos Aug. 24 when one of the state’s highest-ranking Republicans shouted at a prominent Democratic lawmaker and stormed out of the room.

Despite the uproar, the Senate Education Committee ultimately advanced the measure, which would bar teachers from compelling students to personally adopt any of 13 beliefs. North Carolina is one of more than two dozen states where GOP lawmakers have moved to define how racism and sexism can be taught in schools.

An hour before the hearing, Lt. Gov. Mark Robinson held a news conference with other top Republicans and released an 831-page task force report highlighting instances when teachers allegedly assigned inappropriate reading materials on racism and sexuality to young pupils.

Democrats on the committee grilled Robinson, saying he and other Republicans could not identify a single case where the bill — if signed into law — would prevent such cases of “indoctrination” from taking place. Senate Democratic Whip Jay Chaudhuri accused Robinson and his task force of threatening educators.

“This week marks the first week of our kids going back to school, and I feel that we should be spending time this week honoring our children, and instead, we’re spending time debating a Fox News-driven issue that’s more about fear-mongering and has turned into a fishing expedition of our public school teachers,” Chaudhuri said.

Robinson took issue with Chaudhuri’s assertion the conservative network is driving the discussion.

“For you to call it that is an insult, an absolute insult,” Robinson exclaimed. “You know where my office is and you know that this task force is going on. When did you contact me?”

When the Republican chairing the committee interjected to stop the conversation from escalating, Robinson stormed out, saying, “All of this is driving me nuts.” Chaudhuri said afterward that he was “taken aback” by Robinson’s comments. The Indian American lawmaker accused Republicans of “political posturing going into the 2022 and 2024 election.”

“This bill is in search of a problem that does not exist in our classrooms,” Chaudhuri said.

“He chose to criticize the work my office has done without ever reaching out to provide his input or concerns,” Robinson said in an email.

The education committee approved the measure, which now heads to the Senate Rules Committee before an expected floor vote. If approved, the bill would need final approval from the GOP-controlled House, which previously backed an earlier version.

Democratic Gov. Roy Cooper has criticized the measure and would almost assuredly veto it. Republicans would likely lack the votes to override Cooper’s decision.

During the hearing, conservative members of the public often referenced critical race theory, a framework legal scholars developed in the 1970s and 1980s centering on the idea that racism is systemic in the nation’s institutions and serves to maintain the dominance of whites in society.

Conservatives have used the term as somewhat of a catchall phrase to describe racial concepts they find objectionable, such as white privilege, systemic inequality and inherent bias.

Twenty-six states have considered legislation or other steps to limit how racism and sexism can be taught, according to an Education Week analysis, as of Aug. 12, with several states adopting language from Trump’s executive order.

When House Republicans in North Carolina introduced the measure in May, they referenced the need to combat the theory, though their bill did not mention critical race theory by name.

Republican Senate leader Phil Berger revised House Bill 324 last month to add five prohibited concepts and clarify that such ideas could still be taught as long as educators did not “promote” the beliefs by forcing pupils to personally adopt them. Demi Dowdy, a spokeswoman for GOP House Speaker Tim Moore, said the chamber will review the changes once it clears the Senate but noted Moore “certainly agrees with the fundamental premise of the bill.”

While there is no evidence of K-12 teachers in North Carolina explicitly teaching the theory to students, Republicans have previously pointed to left-leaning districts hosting trainings, workshops or guest speakers espousing beliefs the GOP argues are central to the theory.

Tuesday’s task force report identified cases of some teachers offering questionable class assignments, including a book called “George” about a transgender child coming to terms with gender identity and a vocabulary sheet that mentions Trump in a sentence describing the term “xenophobia.”