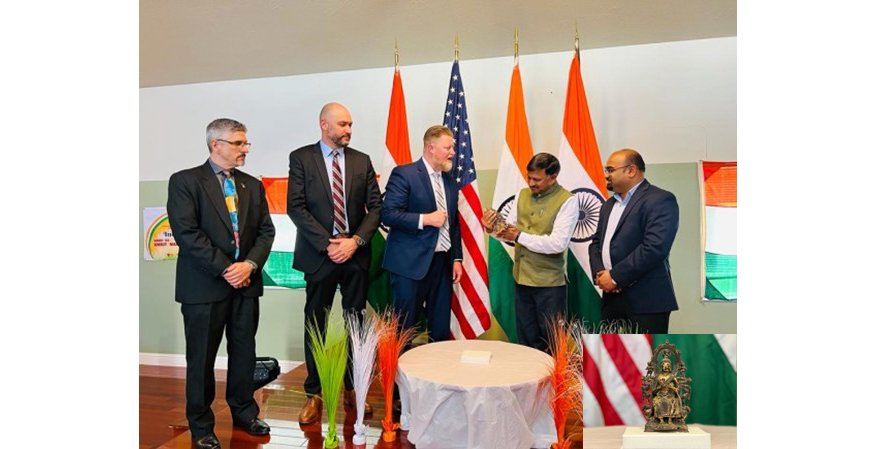 SAN FRANCISCO, CA – A stolen ancient Indian artefact of a ‘Buddha in Dharma Chakra Mudra’ was handed over to India’s Consul General here, Dr. T.V. Nagendra Prasad by the U.S. Department of Justice and Department of Homeland Security representatives.

At a solemn ceremony held at the historic Gadar Memorial, on April 21, the U.S. team, led by Supervisory Special Agent Chad Fredrickson, handed over the 10th-century bronze statue back to India.

The statue was believed to have been stolen in February 1967 from India’s Archeological Survey of India Museum in Nalanda. The statue was acquired by intermediaries and donated to the Los Angeles County Museum of Art (LACMA) where it was exhibited.

At the request of ASI, the US Department of Justice acquired the stolen piece and initiated the process of repatriation to India in November 2021.