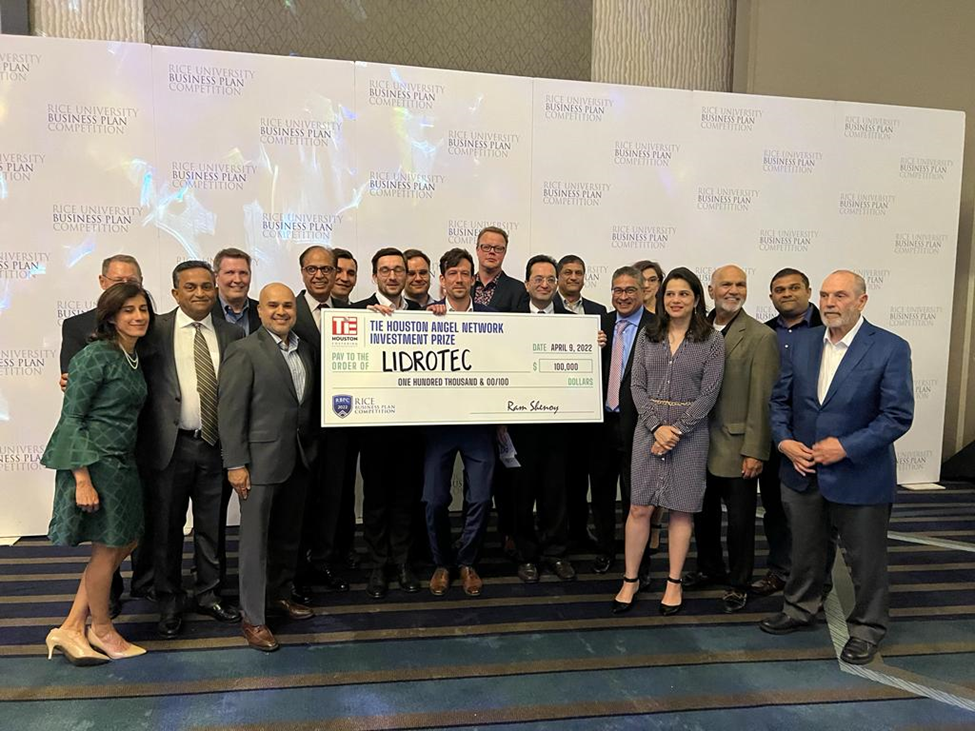 HOUSTON, TX – TiE Angels Texas has completed its investment award to Lidrotec, winner of the 2022 Rice Business Plan Competition.  The investment was included in Lidrotec’s Series A financing, led by Goose Capital.

The award is the culmination of a decade-long participation by TiE in the Rice Business Plan Competition supporting student teams from Europe and Asia by mentoring them and providing financial assistance to help them travel to compete at Rice.

TiE’s participation in the Rice Business Plan Competition was started by TiE Charter Member and former Chair of TiE Global, Ashok Rao of GOOSE Capital, along with Brad Burke, Managing Director of the Rice Alliance.

Lidrotec’s win in this year’s Rice Business Plan Competition was the culmination of a 12-year journey and a moment of real pride for me.” said Ashok.  “When Brad and I created this program, we had no idea as to the impact it could have. We have been thrilled to be part of this incredible competition while delivering high-quality teams to Rice from universities in Europe and Asia” he continued. “Prior to this year, 4 of our teams had made it the finals, while obtaining over $10 million in investment from Goose Capital. And this year my dream has been realized. Finally, a TiE-mentored team has won this prestigious competition.”

Brad Burke, Managing Director of the Rice Alliance, commented, “More than 250 judges, including investors, corporate leaders and technologists, saw great potential in this year’s competitors. We were thrilled to see the hard work of the TiE teams rewarded by making it to the final round! As the world’s largest and richest competition, we appreciate the collaboration with TiE in supporting student entrepreneurs in Asia and Europe.”

The student team start up from Aachen (Germany), Lidrotec, aims to revolutionize semiconductor wafer cutting with their technology using lasers and liquids.  Their research and commercialization prospects won them $550,000 in prizes, including $100,000 from TiE Angels TX.