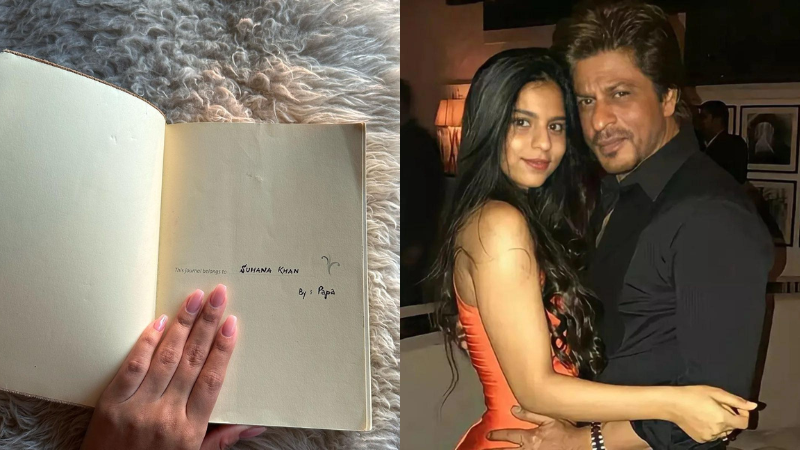 MUMBAI, (ANI) – Suhana Khan will make her debut in Zoya Akhtar’s directorial ‘The Archies’, shared a picture of a journal gifted by her dad SRK on December 20.

She dropped a picture of it which has been penned by her dad.

Sharing the series of pictures, she wrote, “Tuesday Inspiration”.

As soon as the pictures were posted, SRK chimed in the comment section and wrote, “Everything I don’t know of acting I have put it there for you to learn and teach me back, little one.”

After wrapping up ‘The Archies’, Zoya also shared a string of images from the sets.