Summer Abode of Sher-E-Punjab in Pak in Ruins 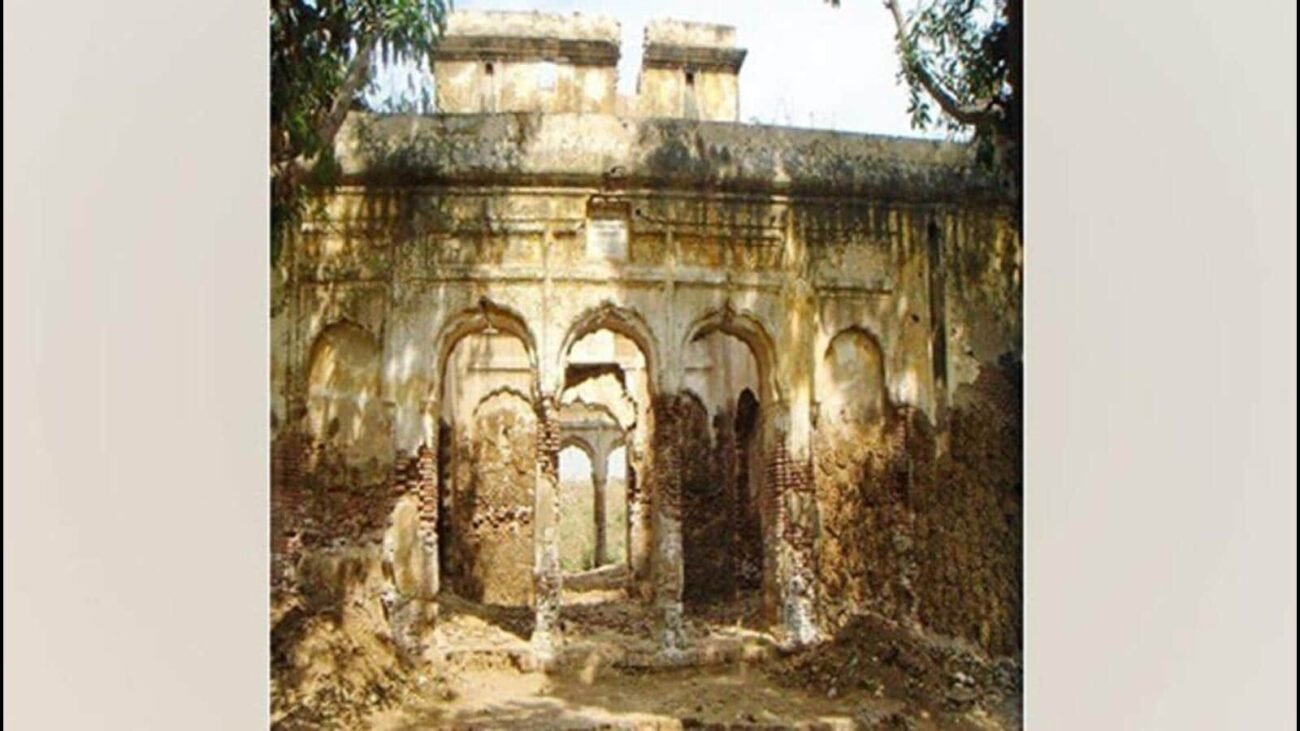 Summer Abode of Sher-E-Punjab in Pak in Ruins

GUJRANWALA, (ANI) – The Summer Abode of Sher-e-Punjab Maharaja Ranjit Singh in Rasul Nagar town of Gujranwala, Pakistan is in ruins even though the building has been declared a historical monument by Pakistan’s Department of Archeology, which is responsible for the maintenance of monuments of historical importance.

The once famously luxurious building, constructed by Maharaja Ranjit Singh as his summer residence, is now reduced to ruins and is in deplorable condition with almost the entire roof destroyed.

The building is now being used by the villagers as a cattle shed with its wall splattered with dung cakes.

Maharaja Ranjit Singh ruled the Sikh Empire from 1801 to his death in 1839. Although he commanded an expansive empire for nearly four decades, the Maharaja held a particular attachment to Gujranwala, the then capital of the Sukerchakia Misl, the state ruled by his family and predecessors.

Ranjit Singh was born in Gujranwala city and had the tomb of his father Mahan Singh erected within the city limits. As the region was dear to his heart, he built a summer residence here, far from the bustle of the imperial capital in Lahore.

Since 2004 the house has been occupied by squatters who repeatedly plaster the walls with cow dung to dry out in the sun, presumably to sell as a source of energy. As the house is already largely destroyed and totally effaced with murals, this is unlikely to cause much additional harm.

There are many such archaeological sites, including Sikh gurudwaras, in Pakistan’s Punjab province which remain in dilapidated condition.