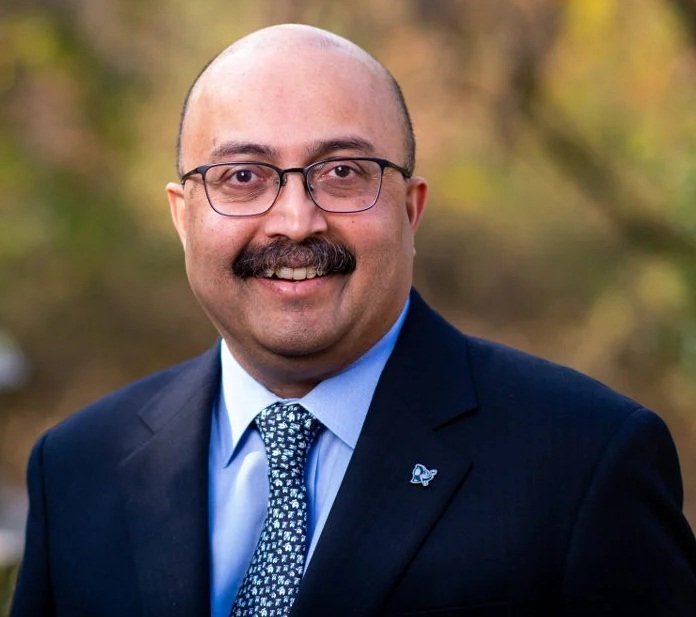 MEDFORD, MA (IANS) – Indian American academician Sunil Kumar has been appointed the next president of Tufts University — the first person of color to occupy the position.

“Sunil Kumar brings Tufts a lifelong commitment to excellence in higher education and an exceptionally strong record as a leader, teacher, and colleague,” said Peter Dolan, Chair of the Board of Trustees and Chair of the presidential search committee.

“He will be an outstanding successor to President Monaco, who has strengthened Tufts in so many ways in the past 11 years. Sunil’s commitment to research and learning, along with civic engagement and innovation, will help bolster Tufts’ mission to improve the world,” Dolan said in a university statement, which was released on November 17.

At Johns Hopkins, Kumar oversees the academic mission of the university’s nine schools, and has focused on increasing interdisciplinary research and education, enhancing the student experience, and promoting diversity, equity, and inclusion efforts.

“It would not have been possible for me as a son of a police officer to do anything else. And therefore, affordability is not a theoretical concept for me. I hope I represent an example of somebody who benefited from an institution opening its doors wide,” Kumar said in a video posted on the Tufts website. “And I would like even more people to have the same opportunity. Diversity and inclusion are indispensable values,” he added.

His academic career began by teaching at the Stanford Graduate School of Business, where he was later the Fred H. Merrill Professor of Operations, Information and Technology.

He was named Dean of the University of Chicago Booth School of Business. In 2016.

Kumar, whose father was a police officer, was born and raised in India, graduating in 1990 with a bachelor’s in engineering from Mangalore University. He received a master’s degree in 1992 in computer science and automation from the Indian Institute of Science in Bangalore. While there, he was recruited for a doctoral program in electrical engineering. Kumar received his Ph.D. from the University of Illinois in 1996.