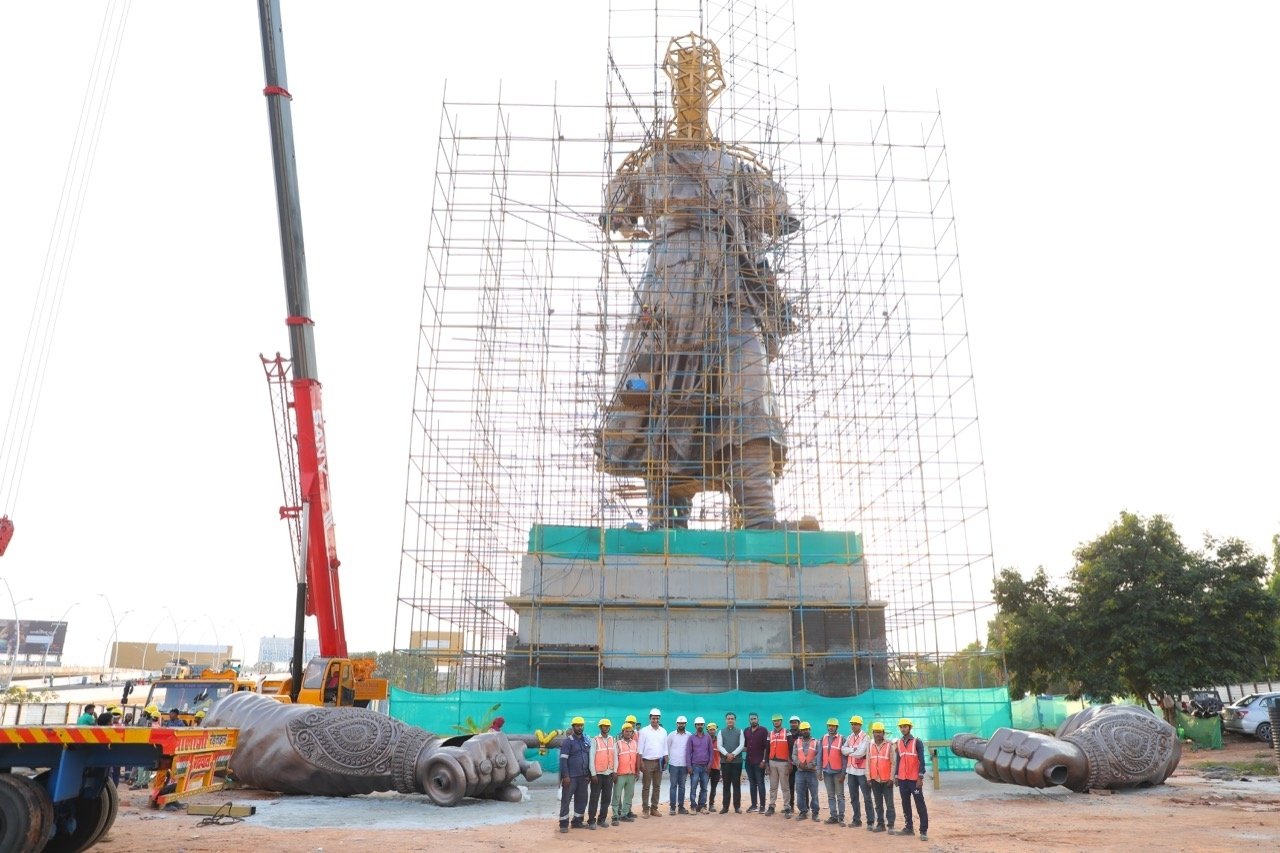 BENGALURU, (IANS) The construction work of 108 feet tall Kempe Gowda statue in the premises of the Bengaluru International airport has been expedited with the arrival of 4,000 kg of sword which is going to be fixed to the statue.

The statue is coming up in the 23-acre heritage park which is being developed in the premises of the airport named after the founder of Bengaluru city Kempe Gowda.

It is being planned to project the statue as the major attraction of the airport. The passengers who will arrive and depart from Bengaluru will have the experience of witnessing the “architectural marvel”. The sword arrived in a special truck from New Delhi to Bengaluru on May 3.

The statue is being built at a cost of Rs 85 crores.