HomeArts/BooksTagore Comes Alive in ‘A History Of Sriniketan’ 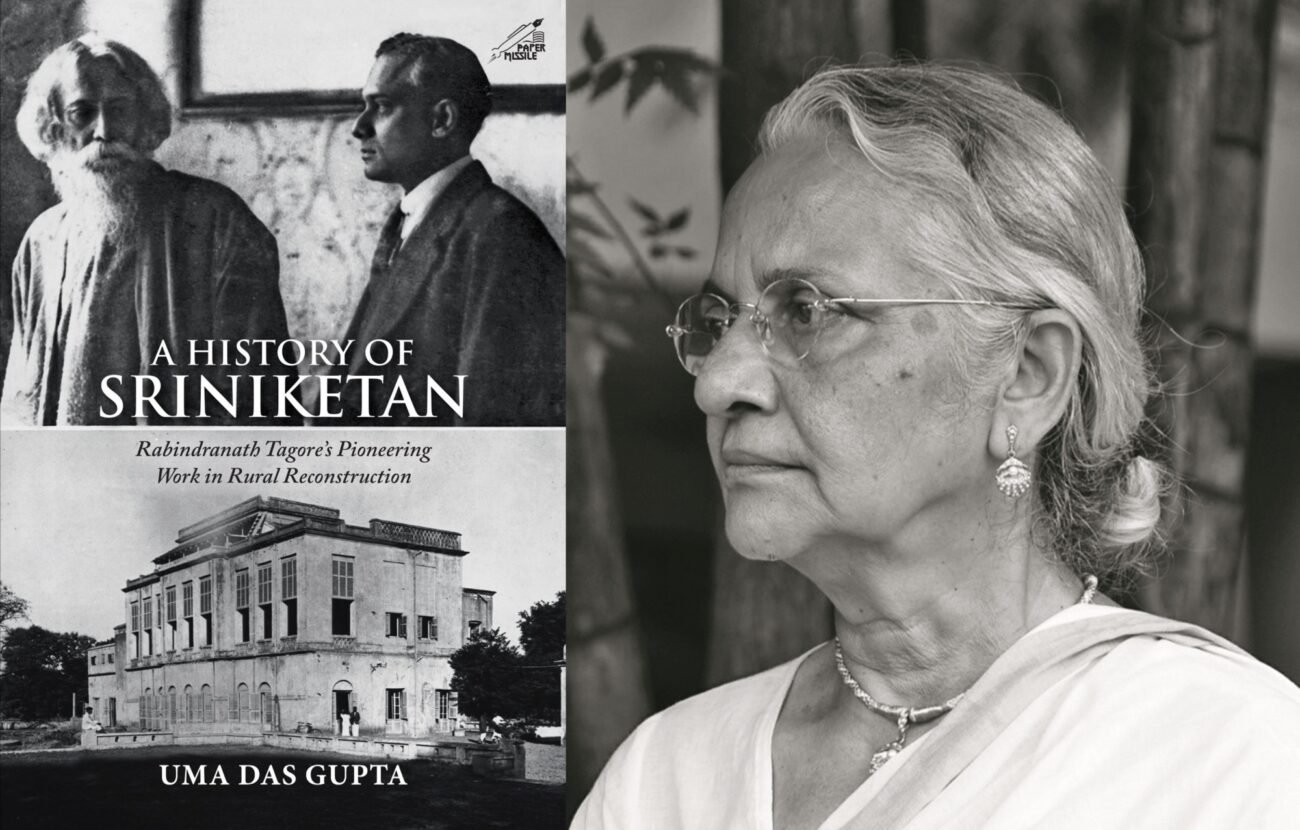 From the book we learn that in 1906, Tagore sponsored three young men from Santiniketan to study agriculture and dairy farming at the University of Illinois, Urbana-Champaign. (IANS photo)

NEW DELHI – “I alone cannot take responsibility for the whole of India. But even if two or three villages can be freed from the shackles of helplessness and ignorance, an ideal for the whole of India would be established. Fulfil this ideal in a few villages only, and I will say that these few villages are my India. And only if that is done, will India be truly ours. The scale of our enterprise will never be a matter of pride to us but let us hope its truth will be.”

A century ago, Rabindranath Tagore set up a center for rural construction called Sriniketan as wing of his Visva-Bharati International University at Shantiniketan in an attempt to inspire the deprived sections of rural society to self-reliance and to make them economically independent.

“Tagore was not one to accept that all improvements had to wait for our country’s political independence. He did not subscribe to that commonplace view. He believed that a great deal could be done, by ourselves, for our own people, even with the colonial government at the helm,” historian and Tagore biographer Uma Das Gupta said in an interview of her book, ‘A History of Sriniketan – Rabindranath Tagore’s Pioneering Work in Rural Reconstruction’ (Niyogi Books), concepts that are alive even today, albeit in varying forms.

“He was confident that by making at least a beginning we could shake off our characteristic inertia and take the lead to develop a progressive state of mind. ‘Doing, he argued, will also teach us to ‘learn’ what to ‘do’. That is why he asked that the Sriniketan work be judged not by its size, but by its worth,” added Das Gupta, a former professor at the Indian Statistical Institute, who headed the United States Educational Foundation for the Eastern Region.

‘A History of Sriniketan’ is a detailed presentation about Tagore’s ideas and his work on rural reconstruction. The idea of doing something to redeem the neglected village came to him when he first went to live in his family’s agricultural estates in East Bengal where his father had sent him as estate manager in 1889. The decade that he spent there was his first exposure to the impoverished countryside. He was then thirty, already a poet of some fame, and had till then lived only in the city.

“He could never forget the angst he experienced on seeing the miserable condition of the villagers,” Das Gupta said, adding: “The experience played a seminal part in turning him into a humanist and a man of action. With the years he felt closer to the masses of his society while growing very disappointed with his own class and milieu who were indifferent to the masses. His independent thinking gave him the courage of conviction to work alone with his ideas of ‘constructive swadeshi’.”

The first thing to remember about the Sriniketan’s work on rural reconstruction, Das Gupta said, “is that it was a pioneering humanistic enterprise in rural development, and that it was a genuine endeavour to bring hope to the deprived people. A foundational idea was to bring awakening and national consciousness to the villages as the long term goal to freedom”.

“It drew attention on the peasantry as the largest class within Indian society who were paralyzed by anachronistic traditions and weighed down by poverty and the absence of education,” she added.

Noting that Tagore looked forward to the day when his village work would benefit from the contributions of modern science, Das Gupta said that as early as in 1906, he sponsored three young men from Santiniketan to study agriculture and dairy farming at the University of Illinois, Urbana-Champaign. They were his eldest son Rathindranath (whose image is on the cover of the book), his son-in-law Nagendranath Ganguli, and his friend Srishchandra Majumdar’s son, Santosh Chandra Majumdar, a student of the Santiniketan school, and afterwards a teacher too.

“The plan was that at the end of their higher studies in agricultural sciences, they would bring their newly acquired knowledge to the work of rural reconstruction in the Sriniketan villages. He felt sure from his observation of other agricultural countries that the economic salvation of the village lay in the application of scientific expertise. In 1909, all the three graduates from the University of Illinois returned with their state-of-the-art training in agriculture and animal husbandry and began to introduce scientific methods to the Sriniketan work. Their experiments were carried out jointly with the villagers,” Das Gupta elaborated.

As for Sriniketan’s achievements, the author listed at least eight: scientific experimentation for agricultural improvement; field-level research work through comprehensive village surveys; collection of economic data on village productivity like rice yields in the district of Birbhum where Santiniketan and Sriniketan were located; research on hygiene and sanitation with projects like introducing the Bored Hole Latrine; collection of statistics on malaria; research on measures for the prevention of malaria; launch of Cooperative Health Societies across clusters of villages where the Sriniketan scheme was implemented; and introducing Scout training among the young villagers.

Education was another important part of the Sriniketan initiative from the very first decade of its existence.

This apart, Sriniketan spearheaded a successful movement to integrate art and craft with everyday life-experiences by reviving the traditional crafts but reviving them with new and creative designs to make them both artistic and utilitarian.

“Every student in Sriniketan’s scheme of a multi-layered education was compulsorily apprenticed to learn at least one traditional craft along with their chosen programmes of other vocational courses. Tagore insisted that art and craft should play a vital role in social regeneration. That was one of Sriniketan’s fundamental goals,” Das Gupta said.

At the bottom line, Tagore was never apologetic about the “smallness of his work” on what 10 or 15 advanced villages could do for a country of India’s size.

“What he earnestly wanted was to make ‘at least a beginning’ with the much-needed work of redeeming the Indian village from continuing decline. His hope was that someday, this work could become an ideal for the entire country. With the problems of 300 million people staring him in the face, he hoped that his efforts would touch at least the hearts of his rural neighbours and help them to reassert themselves in a bolder social order,” Das Gupta maintained.

This change is very much in evidence today and Das Gupta has done the country an immense service by bringing to light Tagore’s work as an educator, rural reformer, and institutional builder that has hitherto been overshadowed by his genius as a poet, song writer and Nobel laureate.