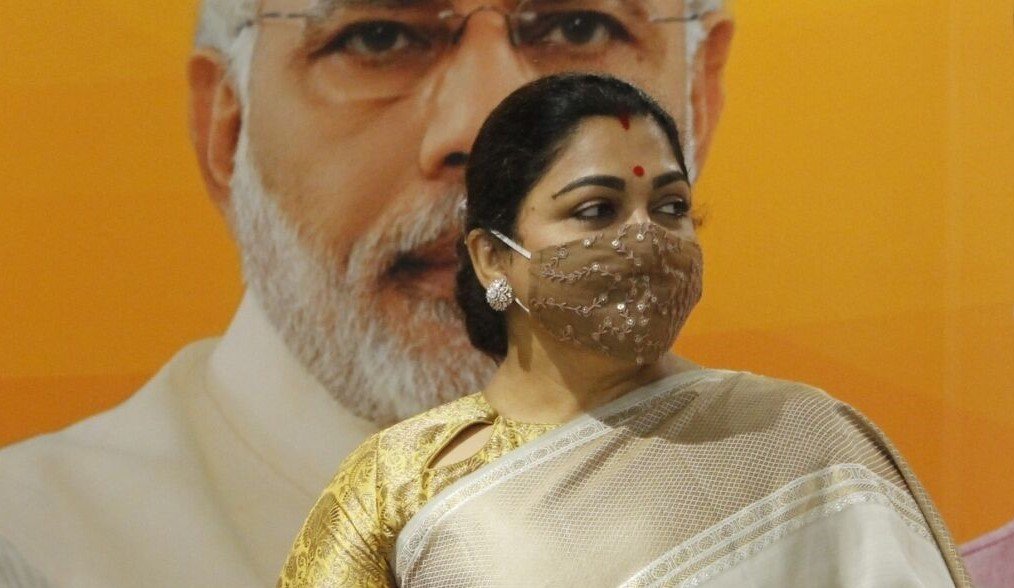 Former Congress spokesperson and actress Khushboo Sundar joined the BJP in the presence of BJP spokesperson Sambit Patra at the party’s headquarters in New Delhi on Oct 12, 2020. (IANS photo)

NEW DELHI – The BJP on March 14 released a list of 17 candidates for the April 6 Tamil Nadu Assembly polls, which includes the names of actor-turned-politician Khushbu Sundar from Thousand Lights and its state unit chief L. Murugan from Dharampur (SC) seats.

A senior party leader said that candidates for the remaining three seats will be announced soon.

Reddy also said that in two years since the 2019 Lok Sabha polls, the political situation has completely changed in the state.

“There is wave in favor of the NDA under leadership of Prime Minister Narendra Modi. DMK is symbol of corruption, rowdiness and dynasty politics and with this election the third general is their family making debut in electoral politics,” he said.