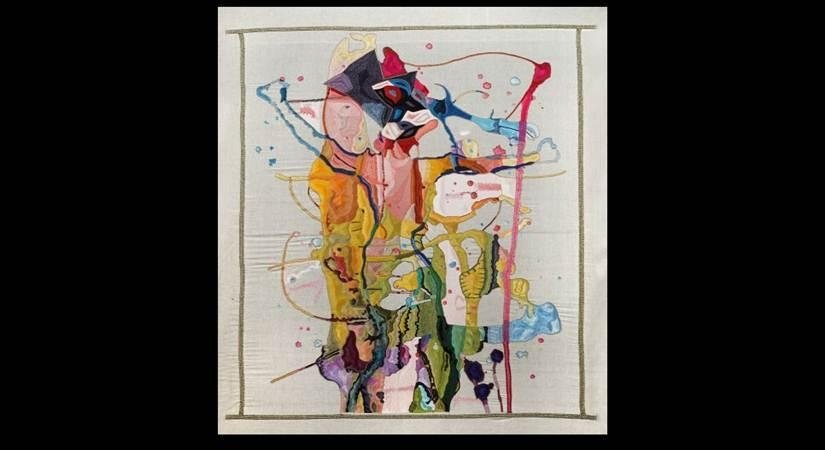 NEW DELHI, (IANS) – Viraj Khanna’s artistic work is influenced by his keen awareness of his surroundings and the lasting imprint made by meaningful social contacts. He derives inspiration for this collection of figurative works from a variety of life situations that have deeply ingrained themselves in his mind and have been immensely stimulating to his brain. His interactions with a colorful cast of unforgettable personalities led to vivid parodies of carnivalesque, unrealistic characters that appear to violate society’s standard of acceptable behavior.

Khanna says: “This series is a reflection of my personal experiences and the way I relate to the world. When I create, I think about the human condition, about people and their behaviors. Societal influences changing our personalities and the way we perceive reality interest me greatly. This time, I have used different elements such as thread, beads, pearls, and other hand-created materials to give structure to my figurative work. A multitude of things within serves to express the various experiences that have made an impact on me. Also, it is often wise to take everything with a pinch of salt.”

Khanna realizes that an individual’s outward identity is affected by the societal forces around them, often leading to masking of their true nature. This acute awareness is reflected in his current body of works, which finds form prevalently through textiles, and portrays the colorful complexity of human nature. Essentially, it emphasizes their tendency to exaggerate and embellish their everyday reality, fueled by an inherent need to appear larger than life. He encourages us not only to be a spectator to this masquerade, admire its obvious extravagance (and the concerted effort behind putting on such a show), but also to try to see beyond its overtly flamboyant facade and parse its underlying, more imperceptible motivations. His fanciful creations are threaded into tapestries embodying a phantasmagoric riot of outlandish figures, with a shapeshifting quality reminiscent of a particularly frenetic fever dream.