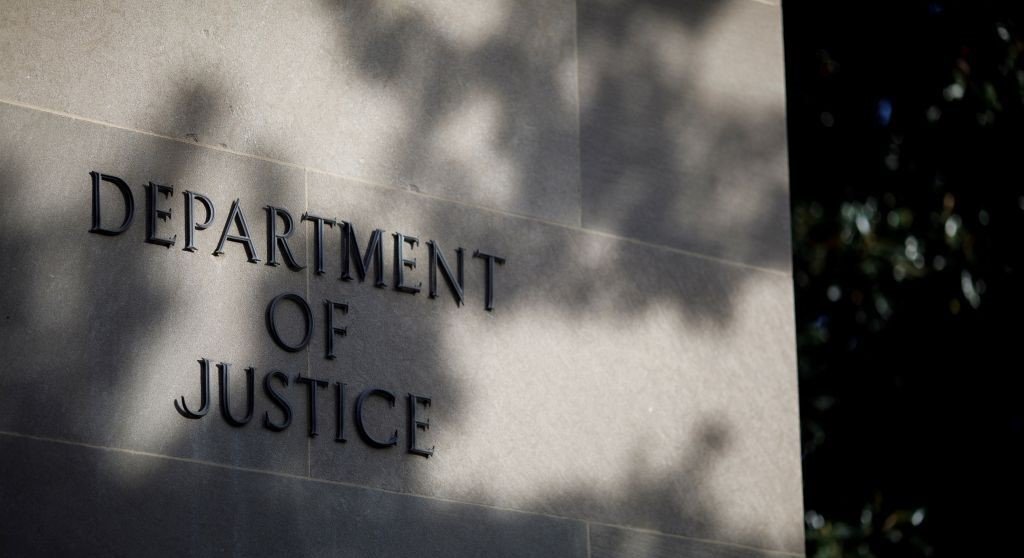 This photo taken on Oct. 20, 2020 shows the U.S. Department of Justice building in Washington, D.C. A tech executive in Washington state, Mukund Mohan, was sentenced to two years for fraudulently getting $1.8 million in PPP loans. And Manish Lachwani, Indian American co-founder of Silicon Valley tech firm Headspin, has been charged with securities fraud. (Xinhua/Ting Shen via Getty Images)

Mukund Mohan, of Clyde Hill, previously worked for Microsoft and Amazon and was making more than $200,000 a year as the chief of technology for the Canadian e-commerce company BuildDirect when he was arrested in July 2020.

Mohan’s attorneys sought a 60-day sentence, noting Mohan had no criminal history and had spent only $16,500 of the money. They said his actions, possibly triggered by mental health issues, were such an aberration for him that he fainted when federal agents knocked on his door.

Federal authorities were able to seize the money from Mohan’s accounts. He paid back the amount he had spent and was ordered to pay a $100,000 fine.

As part of the scheme, Mohan submitted fake and altered documents, including phony federal tax filings and altered incorporation documents. He said one of his companies had dozens of employees when in reality it had none.

In a news release, Corinne Kalve, acting special agent in charge of IRS Criminal Investigation, attributed the crime to Mohan’s greed, saying that when people abuse such benefit programs “they are stealing from those that are most vulnerable.”

In other news IANS reports: An Indian American tech entrepreneur has been arrested for fraud, according to the Justice Department.

Prosecutors alleged that he exaggerated the company’s revenues while it was seeking investments in the startup when he served as its CEO.

This caused the company’s valuation to jump to $1.1 billion but it dropped to $300 million when the overstatement of the revenue was discovered, prosecutors said in their complaint.

Before the discrepancy was found, investors had already made investments in the company, according to the prosecutors.

Headspin bills itself on its website as “the world’s first Digital Experience AI (artificial intelligence) Platform.”